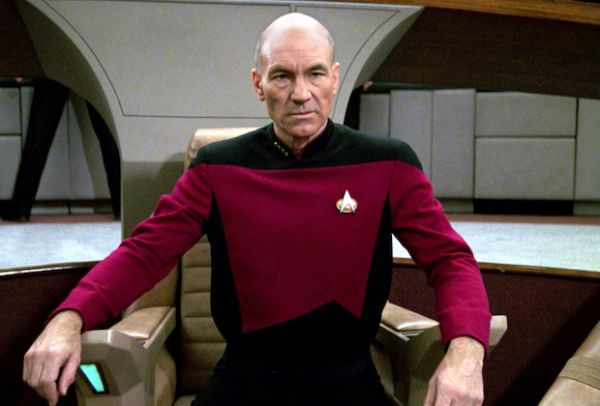 Sir Patrick Stewart made a surprise appearance at a Star Trek convention in Las Vegas earlier today, and mentioned that he will once again play the role of Jean-Luc Picard in a new Star Trek series to be shown on CBS All Access, the streaming service that already hosts the show Star Trek: Discovery. Stewart also released a statement on Twitter.

It is an unexpected but delightful surprise to find myself excited and invigorated to be returning to Jean-Luc Picard and to explore new dimensions within him. Read my full statement in the photo. #StarTrek@cbsallaccess Photo: @shervinfotopic.twitter.com/8Ynuj3RBNm

Stewart hasn’t played Picard on a Star Trek TV series since The Next Generation ended in 2002, but he has appeared in four Star Trek feature films. We don’t know anything else about the new series, or when it will air. -via Uproxx