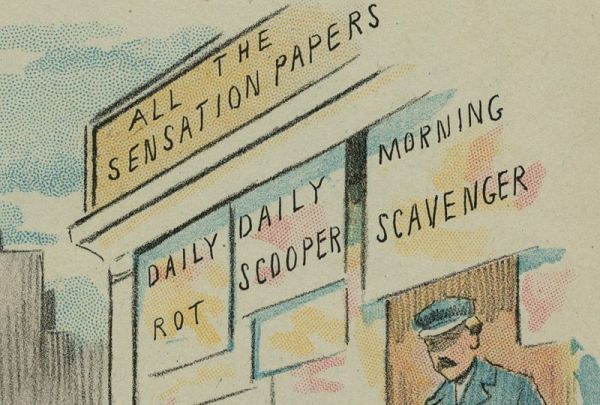 We know from stories of the Old West that newspapers of the time were more dedicated to sensationalism than facts. A good yarn sold papers, especially in areas for away from the place where the story occurred. But over time, journalism changed and “fact checker” became an occupation, although a grinding one usually relegated to women. Publications that wanted to build a reputation as reliable began to filter stories through fact checkers before publication, but it wasn’t a popular innovation with everyone.

If writers were pitted against fact checkers, it was because the former resented a check on the idea of the lone genius whose words were unassailable. In the era of New Journalism, The New Yorker’s fact-checking arm came in for criticism from figures like Tom Wolfe, who saw in it a form of groupthink and regarded it as a cabal of women and middling editors all collaborating to henpeck and emasculate the prose of the Great Writer.

Read about the evolution of fact-checking, including some great stories of how it went wrong, at Columbia Journalism Review. -via Digg