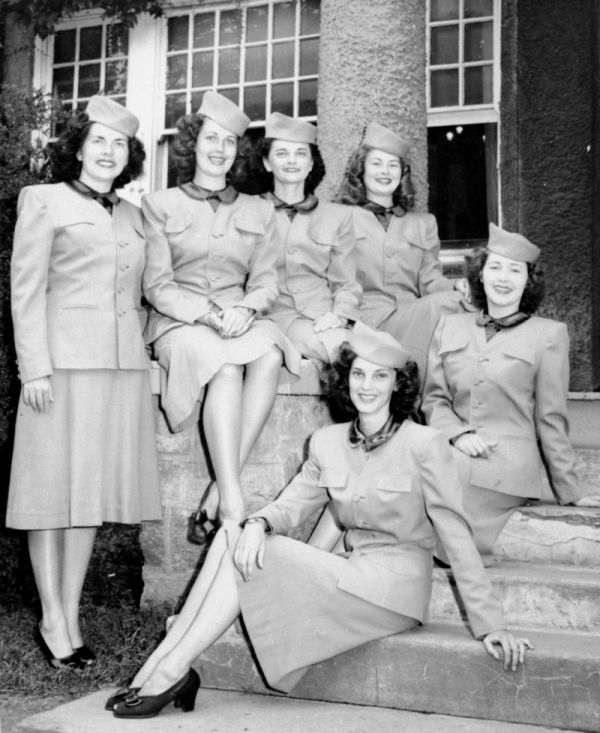 At the end of World War II, thousands of women lost their jobs to make room for returning soldiers. Jay C. Hormel of Hormel Foods, like many manufacturers, had promised those men they could return to their jobs when the war ended. But what about the women who had served in the military? There was also the problem of the company losing the wartime military as its biggest SPAM customer. The solution was to form a drum and bugle corps consisting of 48 women who had been GI musicians during the war: the Hormel Girls.

On August 29 [1946], the Hormel Girls completed their first month of training. Their test was the 29th American Legion National Drum and Bugle Corps Championship, held in New York. In neat uniforms, they played hits such as “Yankee Doodle Dandy” and “Give My Regards to Broadway.” As the competition’s first female team, they finished 13th. There was avid media interest, both positive and negative. The New York Times reported on an injunction brought by noise-sensitive neighbors near the Corps’s Connecticut training grounds, but that was outweighed by the spectacle of the musicians performing and on parade. Hormel soon realized that the group was an advertising powerhouse.

The Hormel Girls’ mission was to make people feel patriotic when they bought SPAM. Their duties expanded to include travel, radio programs, stage shows, and direct SPAM sales. Read about the Hormel Girls at Atlas Obscura.

Rating The Rise and Fall of the Hormel Girls, Who Sold America on SPAM is 5.0 / 5 Votes: 2
Please wait...
Loading...
Related articles