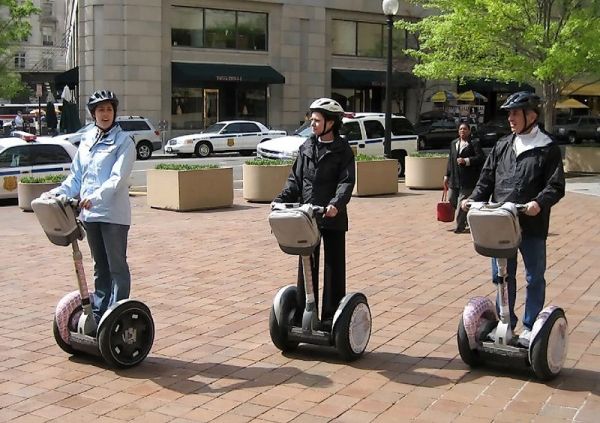 A lot of new ideas that inventors consider revolutionary come and go for one reason or another, and we tend to forget about them when they aren’t successful. In contrast, the Segway was unveiled in 2001 and became a spectacular failure for many reasons, one of which is because it was so overhyped. Its development was pretty much an accident that engineers considered a lot of fun. But keeping the project a secret (known internally as Ginger and publicly only as IT) meant that there was no real-world beta testing, no marketing research, and no devil’s advocate, while the speculation over a vague leaked proposal went unexpectedly viral and sent expectations sky high. Engineers loved it, venture capitalists loved it, but everyone else expected something cool and useful.

Inside Magazine’s debut issue published in February. On the cover: “WHAT ‘IT’ IS.” The author of the story, a freelancer named Adam Penenberg, had combed domain-name registrations and public patent records, and was positive he’d figured out the answer: IT was a hydrogen-powered scooter. “I was on, like, every show for a week,” Penenberg told me. “I was on the Today show with Katie Couric. I don’t know how many hundreds of interviews I must have done that week.”

Dean Kamen hadn’t been careful enough for the new world of the internet. All those patents he filed? His inventor’s paranoia backfired. In an earlier time, a journalist would have had to do a lot more legwork to dig up those patents, but now they were all right there on the patent office’s website.

Penenberg may have basically worked out that Ginger was a scooter, but plenty of people didn’t believe it. Or maybe it was just more fun to speculate like crazy. Some of that speculation happened on sites like Slashdot, where one poster, for example, correctly pegged that the name Ginger was meaningful—but then declared authoritatively that IT was a hoverboard, because the Ginger in question was the heroine of the animated movie Chicken Run, who is convinced she can teach chickens to fly.

After all this, the actual Segway was a letdown- bulky, expensive, and not at all cool-looking. Read the story of the Segway’s unintentional rollout from the perspective of a journalist who was part of it at Slate. -via Digg