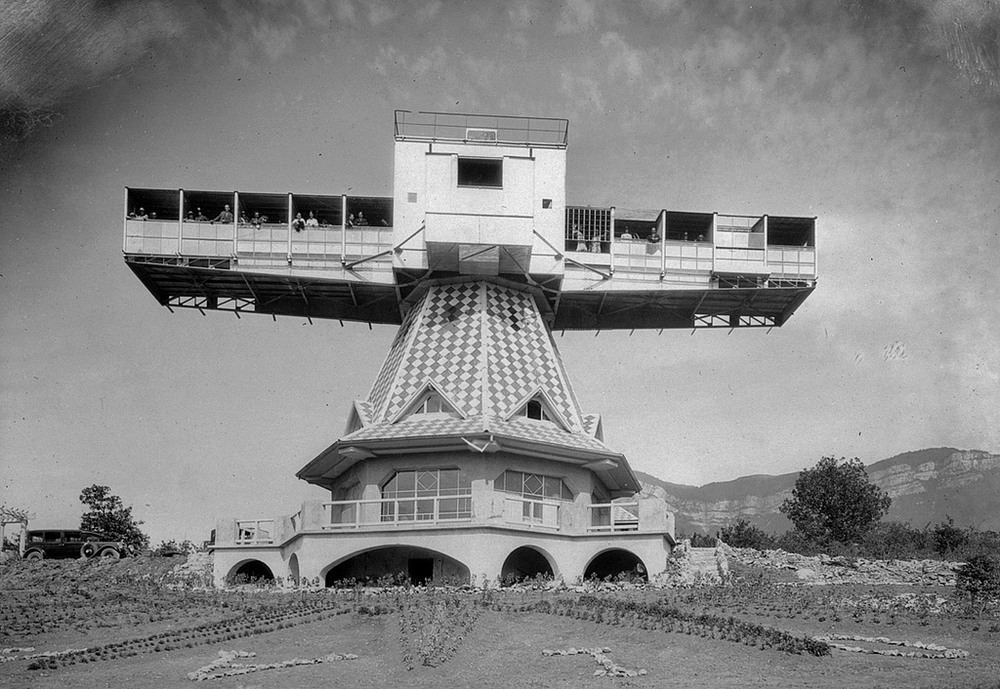 The importance of sunlight to human health is well understood, and that understanding developed in the late 19th century when it was discovered that sunbathing aided the production of vitamin D which helped prevent rickets. Soon, heliotherapy—treating patients by exposing them to sunlight—became a well-established remedy for treating various conditions of the skin, cancer, tuberculosis of the bones, among other things. Exposure to sunlight is also known to have a positive effect on a person's mental health.

Dr. Jean Saidman, who ran the Institute of Actinology in Paris, recognized these benefits. Saidman was born in Romania in 1897, but emigrated to France as a teenager. He studied medicine and became an early expert in the field of actinology, a branch of science that studies the chemical effects of high-energy light. In 1929, he designed and patented a “rotating solarium” to better aid ultraviolet light treatment.