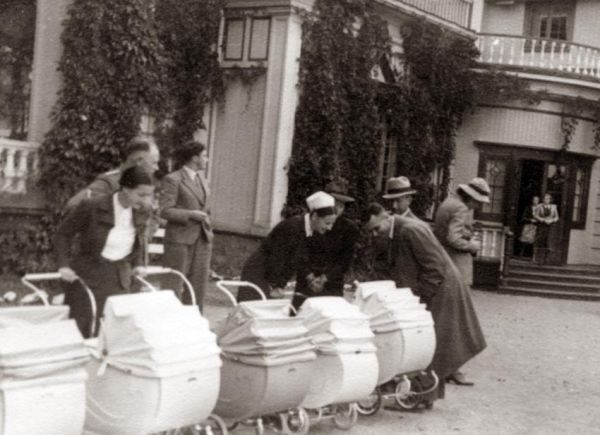 The German Nazi Party is best known for the Holocaust and for causing World War II. Those are such enormous things, other Third Reich programs often fly under the radar. While they were busy killing Jewish people and other racial “undesirables,” they were also trying to raise the birth rate of pure Aryan children. It was a multi-pronged effort.

German women who bore lots of children would be honored with swastikas in various precious metals, up to a diamond-encrusted swastika earned by one woman who bore 16 babies. These patriotic mothers were also showered with accommodations that made their lives easier. Free maternal care was offered to pregnant women regardless of marital status to dissuade them from having abortions. And young women were recruited to procreate with anonymous SS officers and give their resulting infants to the state. Of course, to take advantage of any of these programs, the parents involved would have to prove that they were of pure Aryan racial stock, going back several generations.

But the worst was the Nazi plan to just take children from territories they occupied. The children were kidnapped before their racial “purity” was determined, and those who didn’t pass were not sent back home. Those who did pass the racial test were given to German families, and only a few were ever reunited with their parents after the war. Read about the horrific Lebensborn program and the children affected at Today I Found Out.