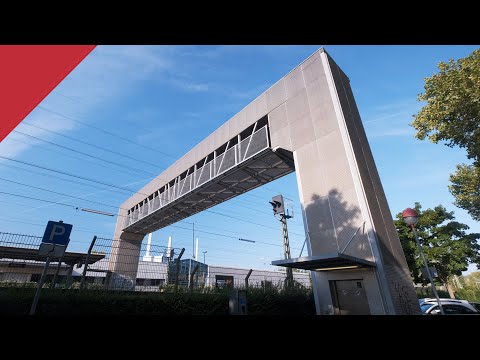 The Schmid Peoplemover is an elevator/tram that takes you up, across, and down without stopping to change directions. Only three of them were ever put into service, and one has been closed since 2009 “due to economic reasons.” Tom Scott went to another, at the Berlin-Rummelsburg Betriebsbahnhof train station. Its design is intriguing.

Tom also talked to its inventor, Emil Schmid, who explains that the peoplemover was built elsewhere and installed over the railway in only three hours! This device is cheaper and takes up less room than bridges with stairs, but it does have some drawbacks. One might assume that the closed Schmid Peoplemover was takenout of service to save money on power and maintenance. The ones that still run really make a difference for people in wheelchairs.