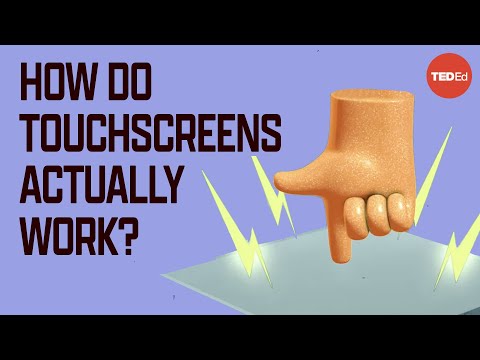 Touchscreens were first developed in 1965, but the first one I ever used professionally was in 1999 when I worked at a radio station that had music recorded on and played by computer. Deejays could start, stop, and rearrange the music on screen with our fingers. One day my boss sneezed in the studio and showered the screen with snot droplets. Every song scheduled for that hour, plus ads, played at once. That’s when we all started washing our hands -and the screens- regularly. But not all touch screens respond to flying liquid, or even fingers if they are gloved. Those older types of touchscreens had to be modified for phones, or else butt-dialing would be a national epidemic. This TED-Ed lesson explains how touch screens work and the difference in the old screens that were activatewd by a stylus (or a sneeze) and new touch screens that will work with a sausage. -via Geeks Are Sexy