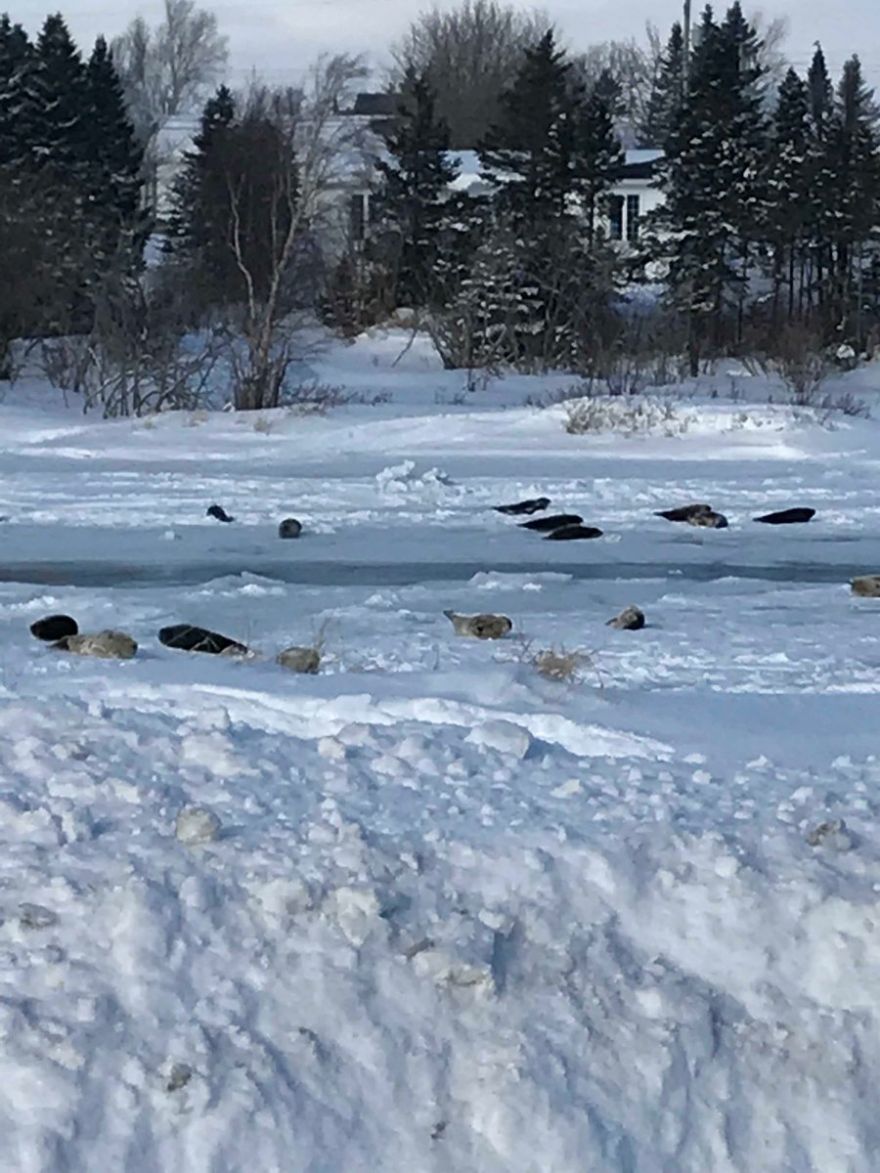 The Icy Roads of a Canadian Town called Roddickton-Bide Am have received some unexpected visitors i.e., harp seals.

The major Arctic melting has led to scanty offshore ice near northeastern Newfoundland. As a result, the seals have limited sea ice to rest on and hunt fish on. That’s why they are forced to drag close to the coast and follow streams, which eventually iced over and trapped off the seals.

Ever since the fish supply in the town’s brooks has dwindled, the seals have become disoriented and sluggish. Two of them have gotten hit by cars because their grayish-white colors blends in with the road and the rest are being harassed by some town dwellers.

Officials from Canada’s Department of Fisheries and Oceans (DPO) now believe that they have a "seal crisis" at hand.

Be Your Own Boss

These Simple Additions Can Raise Your House’s Value