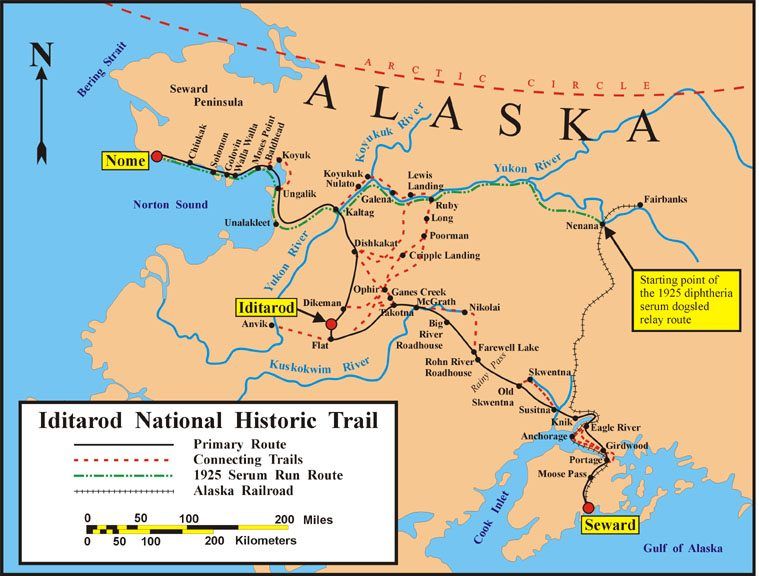 December 1924. Dr. Curtis Welch thought that a number of children, in the small Alaskan town of Nome, were suffering from tonsillitis. But as the number of cases began to grow, and as children began to drop dead, Dr. Welch knew that it wasn’t tonsillitis. It was something worse.

Diphtheria is a highly contagious disease caused by the bacterium Corynebacterium diphtheriae. The bacteria attacks the respiratory system, destroying healthy tissues there. The dead tissues build up in the throat and nose to form a thick leathery coating that makes breathing difficult. If not treated, a patient can die of asphyxiation. Diphtheria is usually fatal among children. During the 1920s, between one hundred to two hundred thousand people were infected each year in the United States, with fifteen thousand deaths, most of which were children.

By mid-January 1925, Nome, a town home to some 1,400 people, found itself amidst an imminent epidemic. Dr. Welch, the only physician in that town, knew that not only his town was in danger, but also the other communities. If the disease spread, it could potentially affect some 10,000 people. He had to do something. The race against time was on.

After this would be the chain of events which would be known as the 1925 Serum Run to Nome. Know more about this historic event over at Amusing Planet.