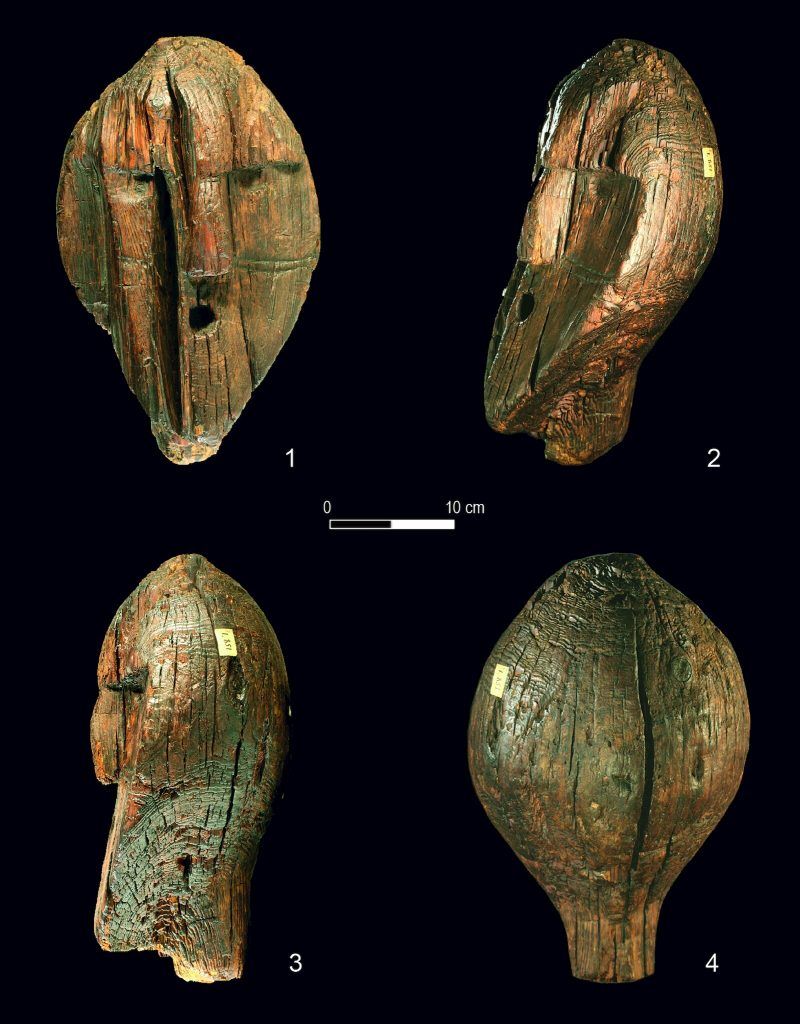 The Shigir Idol, a nine-foot-tall totem pole decorated in geometric carvings and human faces, is the only surviving Stone Age wooden artifact . Experts now believe, thanks to new research, that the sculpture is older than Stonehenge. Understanding its origins would also change our understanding of our ancestors, as Artnet details:

Found in a peat bog by gold miners in 1890, the idol is the jewel of the collection at the Sverdlovsk Regional Museum of Local Lore, a remote institution in Russia’s Ural Mountains. Its age remained a mystery even to experts until 1997, when Russian scientists using radiocarbon dating found that it was 9,500 years old. The unexpected find initially prompted skepticism from some experts, given the sophisticated nature of the piece, now believed to be the earliest known ritual art.

In 2018, more advanced accelerator mass spectrometry technology testing the pristine core of the larch wood statue—rather than the surface, which had undergone numerous conservation treatments over the more than 100 years since its discovery—determined that it was actually even older: closer to 11,600 years old.

Now, a new study published in Quaternary International has pushed that date back by a further 900 years—making it more than twice as old as Stonehenge or the Egyptian pyramids.

“The idol was carved during an era of great climate change, when early forests were spreading across a warmer late glacial to postglacial Eurasia,” the paper’s lead author, archaeologist Thomas Terberger, the head of research at the Department of Cultural Heritage of Lower Saxony, in Germany, told the New York Times. “The landscape changed, and the art—figurative designs and naturalistic animals painted in caves and carved in rock—did, too, perhaps as a way to help people come to grips with the challenging environments they encountered.”

The statue’s complex iconography, with its abstract symbols, defies what archaeologists believed they knew about the hunter-gatherer societies in Europe and Asia, whose artistic output was thought to be limited to animal images and hunting scenes, not objects with ritual significance.