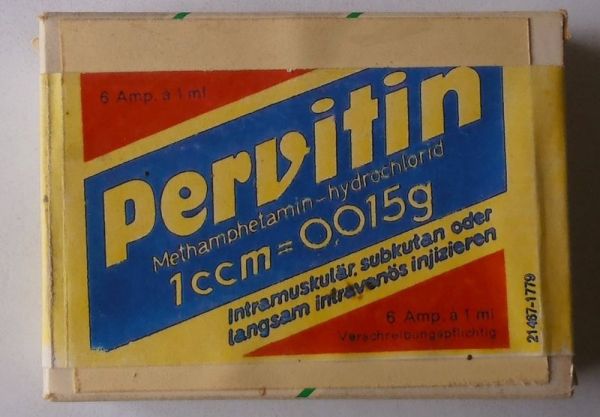 Finland’s allegiance in the second world war was complicated, as they fought for both sides at one time or another, mainly because they opposed the incursions of the Soviet Union. During the time they were allied with the Nazis, a Finnish soldier named Aimo Koivunen was on ski patrol with his unit when they were attacked by Soviets. They escaped, and led the Red Army unit on a ski chase.

The patrol had been equipped with a stockpile of methamphetamine pills to keep their energy up in the heat of battle. Ironically, Koivunen had always strongly disapproved of these drugs, which was why he was considered trustworthy enough to carry the whole stash. Now, with his life on the line, he reached for the meth. Unfortunately, it proved impossible to get a lone pill out of the bottle with his clumsy winter mittens. And taking them off would have slowed him down, plus made his fingers cold. So he just dumped out the entire bottle and swallowed all 30 pills. Which was supposed to be enough to last an entire patrol for weeks. And that’s when things got weird.

Weird indeed. Koivunen skied ahead so fast that he was separated from his unit and became lost. Over the next couple of weeks he suffered delusions, injuries, starvation, and the kind of bad luck you’d recognize from a Looney Tunes short. Yet remarkably, he survived it all. Read Koivunen’s story told in the colorful hyperbolic language of Cracked.