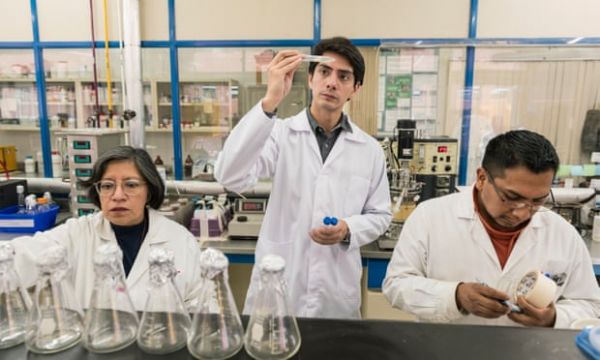 Javier Larragoiti had just started college in Mexico City when he learned that his father had been diagnosed with diabetes. The teenager was studying chemical engineering, and decided to put his studies to work to make it easier for his father to avoid sugar.

“It’s only when you know someone with this sickness that you realise how common it is and how sugar intake plays a huge role,” he says. “My dad tried to use stevia and sucralose, just hated the taste, and kept cheating on his diet.”

The young chemist started dabbling with xylitol, a sweet-tasting alcohol commonly extracted from birch wood and used in products such as chewing gum.

“It has so many good properties for human health, and the same flavour as sugar, but the problem was that producing it was so expensive,” he says. “So I decided to start working on a cheaper process to make it accessible to everyone.”

Ten years later, Larragoiti has patented a process to make xylitol that will also contribute to saving the environment. He nows runs a business he named Xilinat to produce xylitol. Read that story at the Guardian. -via Damn Interesting