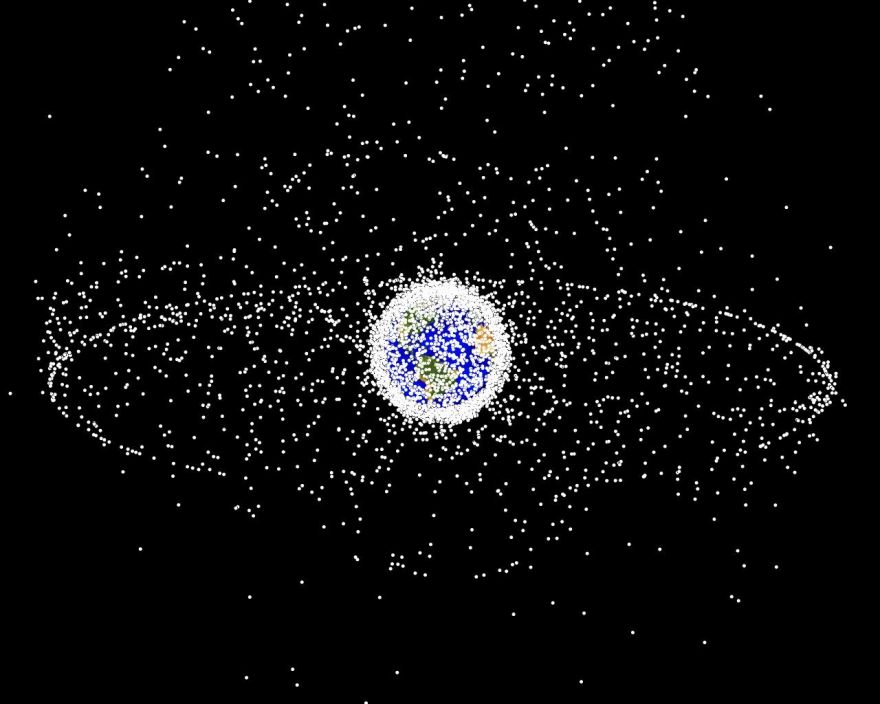 Paying online bills. Using GPS. Sending emails. These are just some of the things that we could do today, and it’s all thanks to our satellites, man-made machines that orbit around our planet. Sooner or later, however, these machines would cease functioning, and this will create a new problem for us to solve. That problem is space junk.

Technically referred to as orbital debris, space junk is any defunct human-made object remaining in space or reentering Earth’s atmosphere. Experts estimate that there are already millions of pieces of space junk in orbit, ranging from chips of paint and scraps of metal to used-up rocket stages and defunct satellites. The debris multiplies each time objects collide or a fuel leak causes a satellite or rocket to explode.

Eventually, this debris will fall back to Earth as atmospheric drag causes it to spiral into lower and lower orbits, a process that can take anywhere from weeks to millennia. (Atmospheric drag is similar to the force you feel when you put your hand out a car window as it’s moving, only much weaker because the density of air in space is so low.) Most debris will burn up as it reenters the atmosphere, but there are some exceptions. In 1978, a Soviet Union spy satellite powered by uranium failed in orbit, just months after it had launched, and fell back toward Earth. Instead of burning up on reentry, fragments—some of which were radioactive—scattered across the Canadian North. Just this past May, an almost twenty-tonne chunk of space junk from a recent rocket launch passed over Los Angeles and New York before crash landing in the Atlantic Ocean, off the coast of Mauritania. It was moving so fast that scientists couldn’t predict with certainty where it would land.

While they may not be raining down on Earth, space junk also poses another problem — it could collide with our active satellites (including the International Space Station), which could wipe out satellite communications and cost us millions of dollars.

One way in which we could solve this problem is by retrieving these space junk. But, like any other space project, this one would be very expensive as well.

More details about this over at The Walrus.