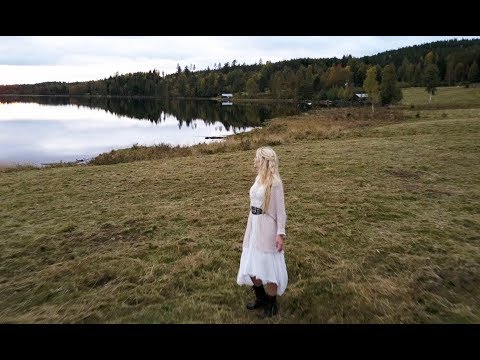 This haunting music is Jonna Jinton demonstrating “kulning,” a Swedish technique used to call cows home in the evening. The call can be as loud as 125 decibels, and can be heard miles away.

According to Susanne Rosenberg, professor and head of the folk music department at the Royal College of Music in Stockholm and kulning expert, the vocal technique likely dates back to at least the medieval era. In the spring, farmers sent their livestock to a small fäbod, or remote, temporary settlement in the mountains, so cows and goats could graze freely. Women, young and old, accompanied the herds, living in relative isolation from late May until early October. Far from the village, they tended to the animals, knitted, crafted whisks and brooms, milked the cows, and made cheese—often working sixteen hour days. Life on the fäbod was arduous work, but it was freeing, too. “It was only women, and they had all this free space to make a lot of noise,” says Jinton. “They had their own paradise.”

The herds grazed during the daytime, wandering far from the cottages, and thus needed to be called in each night. Women developed kulning to amplify the power of their voices across the mountainous landscape, resulting in an eerie cry loud enough to lure livestock from their grazing grounds.

Considering the distance, kulning was also useful for communication between people. Read about kulning at Atlas Obscura.