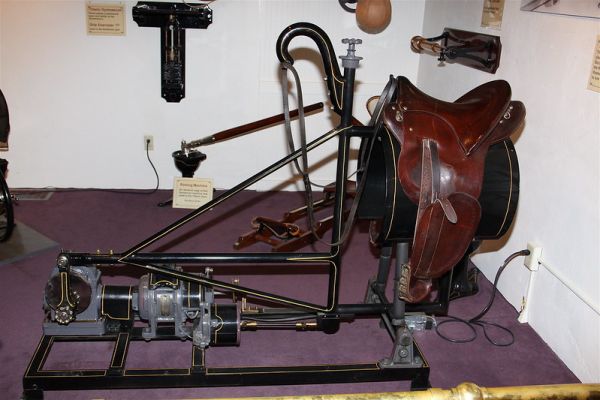 John Harvey Kellogg was a gifted man with some really strange ideas. He ran his Battle Creek Sanitarium to promote wellness among his patients, which included feeding them foods he invented. One was cold cereal, which led to the company that bears Kellogg’s name. Along with Graham crackers, which he also developed, these bland foods were supposed to keep one’s mind away from sexual thoughts and the temptation of masturbation. Kellogg was also proponent of eugenics. And he invented a lot of gadgets to use on the patrons of his sanitarium. These included “exercise” machines that required no effort, a poop chair, an electric horse (shown above), and an enema machine that sounds terrifying in its power. Read about eleven of those lesser-known Kellogg inventions at Mental Floss.