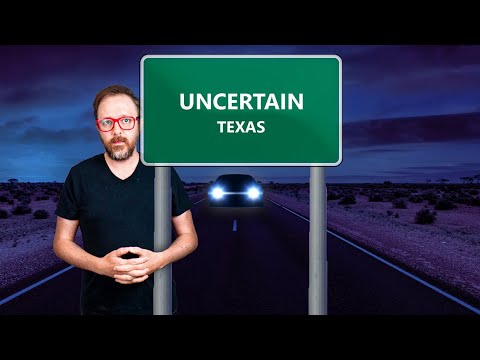 Laurence Brown of Lost in the Pond (previously at Neatorama) tells us about a few American town names he finds quite odd. Brown selected seven towns with unusual names, and you’ve probably never heard of most of them. Such lists usually start with Intercourse, Pennsylvania, but not this one. These towns were not selected for salaciousness but for the interesting stories behind them. The exception is Truth or Consequences, New Mexico, which we’ve all heard of, but still makes a good story. Honestly, I believe these particular seven towns were actually selected because of all the possible puns.

If you’d like to go further down the rabbit hole of interesting place name origins, look up Ink, Arkansas. The story goes that when selecting a town name, the ballot said, “Please write in ink.” And they did.

Chicken, Alaska, was supposedly named such because no one could agree on the spelling of their first choice, which was Ptarmigan.

Hungry Horse, Montana, was named after two legendary horses, Tex and Jerry, who escaped and almost starved to death.

Peculiar, Missouri, has two origin stories, both worth reading at Wikipedia.

Why, Arizona, was originally named simply Y, after a highway intersection that was y-shaped. The postal service requires a town name to have at least three letters, so it was changed to Why.

Nome, Alaska, has several possible name origin stories. The most interesting is that a handwritten notation on a map said “? Name” but was read as “C. Nome,” interpreted as Cape Nome.