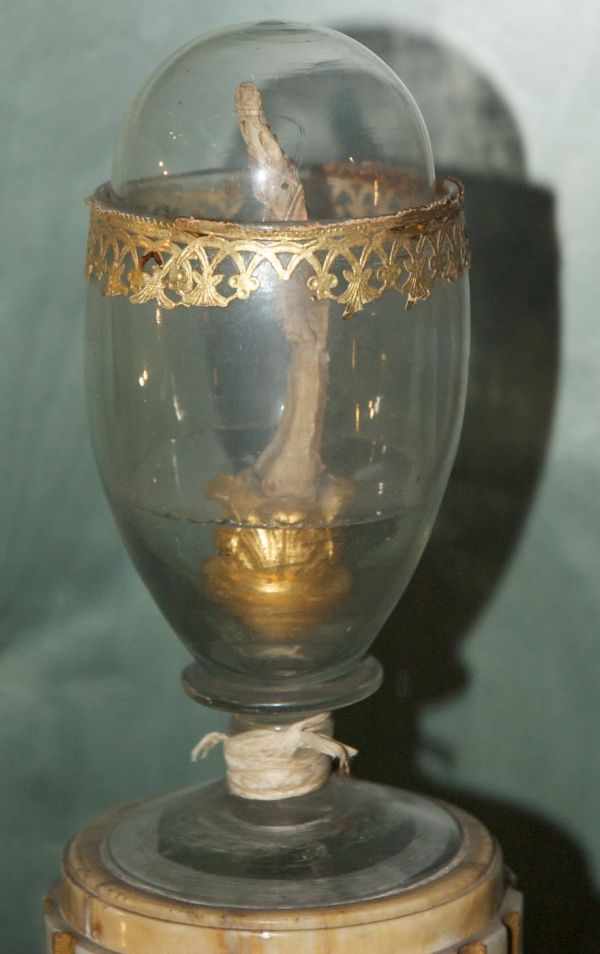 Some celebrities find no rest in death. There are plenty of people who want just a little piece (or more) of a famous body for one reason or another. That’s to be expected if one becomes a saint, but keeping body parts around is not limited to religious icons. When Galileo’s remains were moved to a new tomb in 1737, several pieces were snatched up along the way. One of the scientist’s fingers ended up in a museum, and a stolen vertebra eventually went to the University of Padua. That left two missing fingers and a tooth unaccounted for.

Galileo’s tooth and the other two fingers didn’t leave such an obvious trail. The original thief, an Italian marquis, bequeathed them to his progeny, and they stayed in the family for generations. But the last written reference to the artifacts was from 1905, and historians later in the 20th century assumed they were gone for good. Then, in 2009, two fingers and a tooth showed up in a jar at an auction in Italy. The auction organizers didn’t know whose body parts they were selling, but the buyer had an inkling that they were Galileo’s. They brought their purchase to the Institute and Museum of the History of Science, where museum director Paolo Galluzzi confirmed the theory.

He based his verdict on the fact that the items and their container matched the detailed description from 1905. And since the objects were unlabeled and sold for a scant sum, it seemed unlikely that someone had produced them in some kind of bizarre counterfeiting scheme. As Galluzzi told CNN, “[The] story is so convincing I cannot think of a reason not to believe it.” After renovations, the museum reopened in 2010 under a new name—the Galileo Museum—which proudly exhibited Galileo’s two shriveled digits (and lone tooth) next to the finger already on display.

Read the stories behind ten corporeal relics of historical figures at Mental Floss, or you can listen to a video telling the same tales.