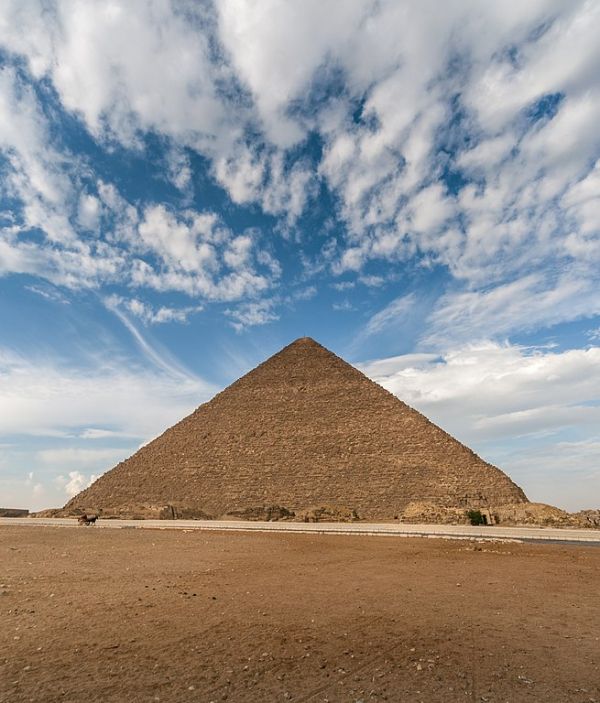 The Egyptian pyramids at Giza are ancient, breathtaking, and mysterious. Despite centuries of study, there’s a lot we still don’t know about them. How did the people of ancient Egypt carve the stones so precisely, transport them, lift them, and keep such a massive structure level? Yeah, some say it was aliens from outer space, but French materials scientist Joseph Davidovits came up with a more plausible idea.

According to Davidovits’ theory, the blocks were not quarried and transported to Giza but rather cast in place in wooden molds. This would account for the extreme precision of the pyramid’s construction, as the initial liquid state of the limestone concrete would have made the blocks self-levelling and allowed for extremely thin seams between blocks. This technique was also ideal for use on the Giza plateau, which has abundant supplies of soft, crumbly limestone otherwise unsuited to large-scale construction.

Davidovits tested his idea by making blocks out of materials that would have been available to the pyramid builders. He presented his theory to the public in 1988, and immediately encountered the wrath of Egyptologists. So are the building blocks of the Great Pyramid made of stone or some composite material? Read the tale of Davidovits’ theory at Today I Found Out.