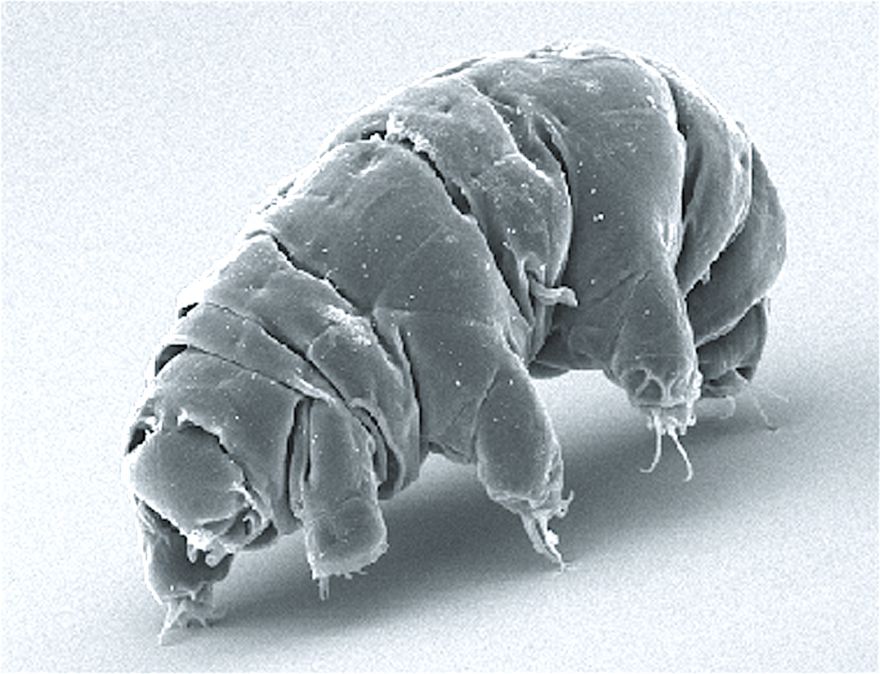 Tardigrades are micro-animals that live on every continent on Earth. Following the crash of a lunar lander carrying thousands of these water bears, some of them now are probably living on the Moon. The question is, to those who have survived the crash, what happens to them now?

When the tardigrades were placed on the Israeli moon mission Beresheet, they were in a tun state — dehydrated, with their chubby limbs and heads retracted and all metabolic activity temporarily suspended. Their arrival on the moon was unexpectedly explosive; Beresheet’s crash landing on April 11 may have scattered the microorganisms onto the lunar surface.

Tubby tardigrades are notoriously tough, but were the Beresheet tardigrades hardy enough to survive that impact? It’s certainly possible that some of them made it to the moon intact. But what would that mean for the moon to have what might be thousands of Earth microbes as new inhabitants? And what might it mean for the tardigrades?

Rating The Tardigrades Arrive on the Moon: What Happens To Them Now? is 5.0 / 5 Votes: 4
Please wait...
Loading...
Related articles