On the night of 28 December 1879, a violent storm lashed across Scotland collapsing an iron bridge that straddled the Firth of Tay and plunged a train into the river killing all on board. It remains one of the worst railway disaster in Britain’s history. This great tragedy is remembered largely due to the work of a terribly bad Scottish poet who has achieved much fame throughout the last century as the “worst poet” in history. William Topaz McGonagall’s poetry was so bad that he was pelted with rotten eggs and fish and the authorities banned his performances in public. His most famous piece, entitled “The Tay Bridge Disaster” has been hailed as the worst example of poetry in English literature. 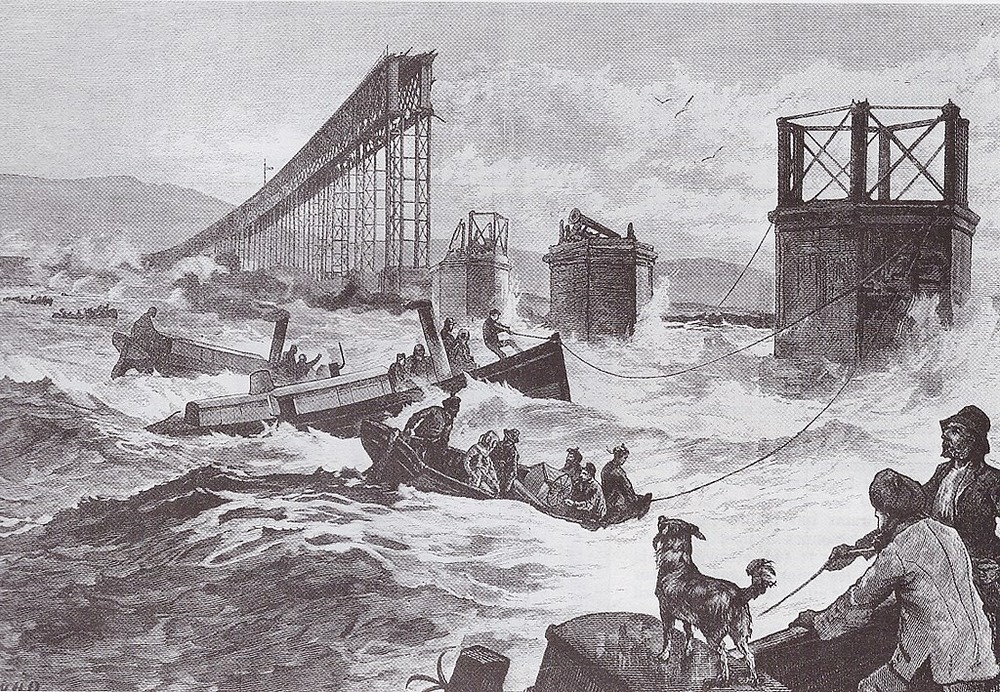 Illustration of the Tay Bridge disaster.