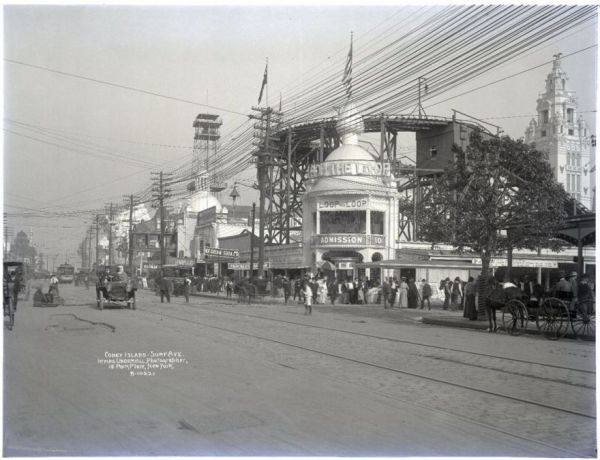 If a kid encountered a thrill ride called Rough Riders today, she’d probably think it was ride on a rough track. That wasn’t why the roller coaster that debuted at Coney Island in 1907 was named that. It was a tribute to the current president, Theodore Roosevelt, who led the unit called the Rough Riders in the Spanish-American War.

Beyond the creative theme, the ride also offered guests an exciting format. Unlike most other Coney Island coasters, which were propelled by gravity, this one ran on an electric third rail—much like a subway car. “Conductors” were assigned to each train, and they had control over how fast the cars moved over inclines and around curves.

As it turned out, technology invented to safely transport the public wasn’t the best fit for an amusement park. Because the cars had to be operated manually by park employees, there was no way to regulate how fast they went. Many operators pushed the ride vehicles to their limits; instead of slowing down on drops and sharp turns, they often went ahead at full speed.

That sounds dangerous. Strangely, the ride survived for years, even after the first fatalities. Learn exactly how dangerous it was at Mental Floss.