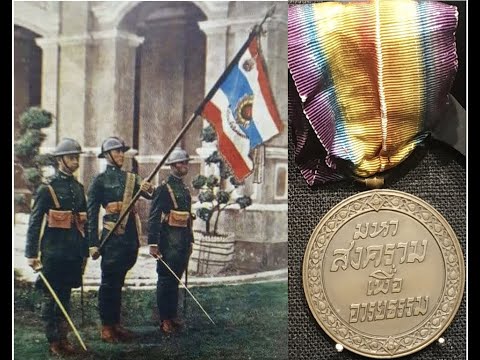 Mark Felton Productions is one of my favorite YouTube channels. Felton is a military historian who produces many videos describing little known events or aspects of military history, especially the World Wars. Among my favorites are his descriptions of the British plan to use atom bombs against Japan and what the Allies did with the bodies of executed Nazi war criminals.

In this video, Felton describes Thailand’s contribution to World War I in Europe. Eager to prove to the great powers that Thailand was a modern nation, King Vajiravudh ordered the assembly of a military expeditionary force to France to participate in the final stages of the war, followed by the occupation of a portion of western Germany after the armistice.