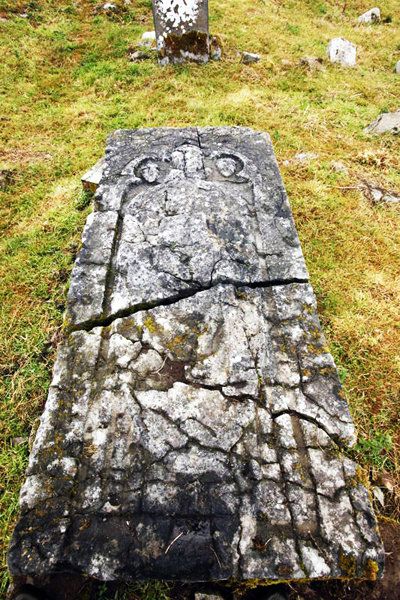 Saint Nicholas was the bishop of Myra, a generous priest who came to figure prominently in the story of Santa Claus. He died in Myra in what is now Turkey in 343 AD. According to the Vatican, he was buried in Myra. So who is buried in the Tomb of St. Nicholas just outside the ruins of St Nicholas Church in Ireland? The church is now part of privately-owned Jerpoint Park near the town of Kilkenny, Ireland, and was a thriving village in the 12th century. Not only does local legend say that Nicholas is buried there, but a large gravestone with his image adorns that grave.

It turns out that Nicholas is apparently buried in many places. Whether he was actually interred in Ireland or not matters little to the 10,000 or so annual visitors to Jerpoint Park. To determine the truth, the grave would need to be opened and DNA tests done to compare with that of known relatives of Nicholas, who was an orphan. That difficulty aside, the owners of the park aren’t about to disturb the grave. Read about the mystery of St. Nicholas’ Irish grave at BBC Travel.  -via Fark