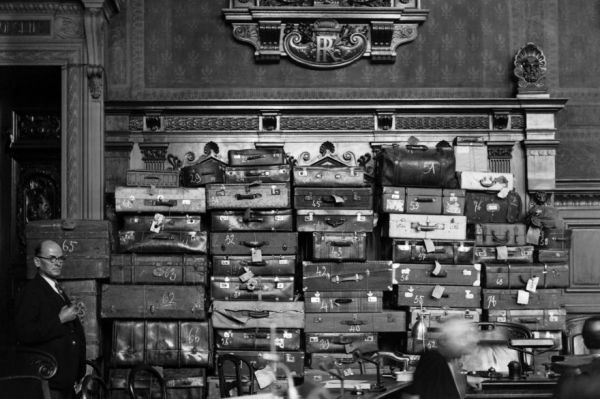 During the World War II Nazi occupation of France, there were many who were desperate to flee the country. Jewish people, exposed French Resistance members, and frankly, anyone who feared the Nazis wanted out. There were organized escape routes, but they were so secretive that many who worked for these networks did not know who else was involved, and they did not use their real names anyway. One of these escape schemes was run by a Dr. Eugène. The French Gestapo investigated, to the point of torturing potential escapees into exposing him, but Dr. Eugène managed to slip through their hands.

Throughout 1943, French Gestapo agents continued to assemble their dossier on this elusive Dr. Eugène. They learned that he had a surprisingly large network of agents combing Paris for Jews seeking extraction, and that the beauty parlor at 25 Rue des Mathurins was the network’s primary clearinghouse for escapees. Whenever an escapee-to-be arrived at the parlor, if the doctor decided he would furnish his services, he would instruct them to return at a specific time and date, prepared for departure. The escapee must have already concluded all of their affairs in France, including goodbyes to loved ones. They were to produce 10 passport-style photos for use in forged travel documents⁠—five portraits and five in profile. No more than two adults could travel together, and no more than two suitcases per person. Escapees were told to amass their cash and valuables, and hide them in their luggage and in their clothing. Part of the cash was for the network’s fee, the rest to pay for travel and to establish a new life. Importantly, escapees must leave behind all identifying documents so they would not be caught with conflicting names or initials. This included any monogrammed clothing or luggage.

As the war dragged on, the story takes quite a turn. Besides setting the stage, it’s not even a World War II story. Read about the mysterious and elusive Dr. Eugène and his elaborate scheme at Damn Interesting. Beware that it is pretty gruesome. Also available in podcast form.