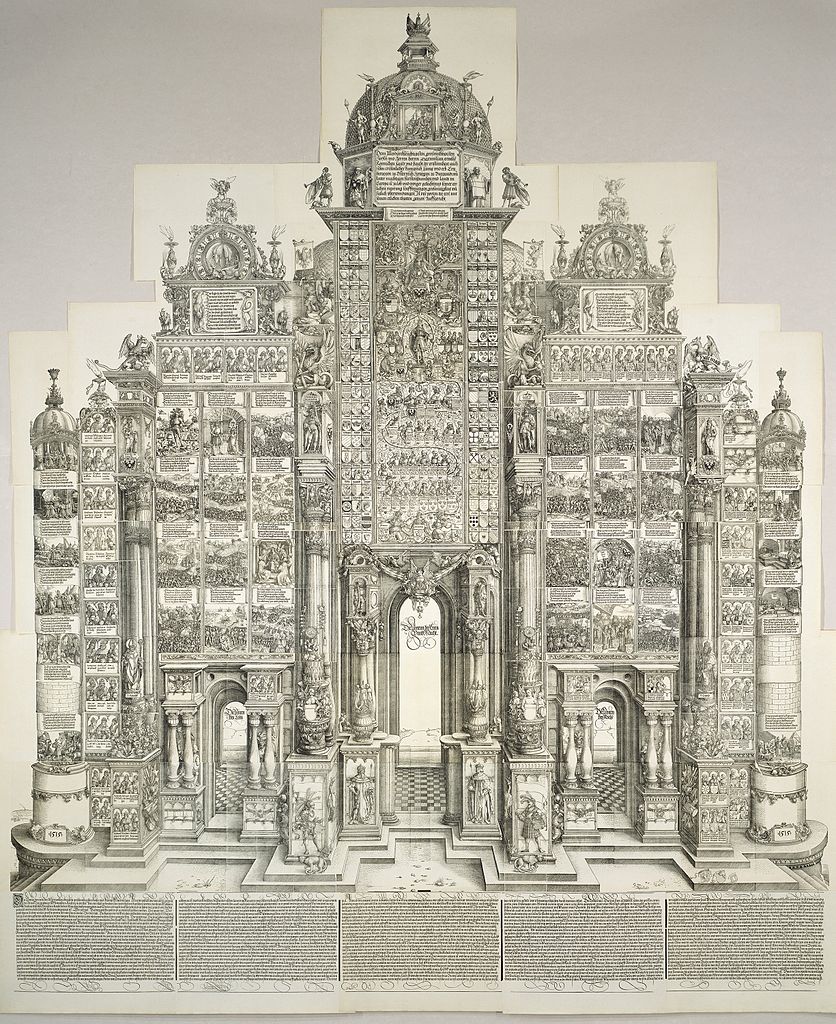 Like many rulers, the Holy Roman Emperor Maximilian I had a fascination for large monuments, but instead of actually building them he romanticized them on paper. One of his most famous commissions was The Triumphal Arch, composed of 195 woodcut prints which, when arranged, formed a grandiose arch standing twelve feet high and ten feet wide. Maximilian commissioned other ambitious woodcut projects but The Triumphal Arch is the only one that was completed during his lifetime, and it remains one of the largest prints ever to be produced.