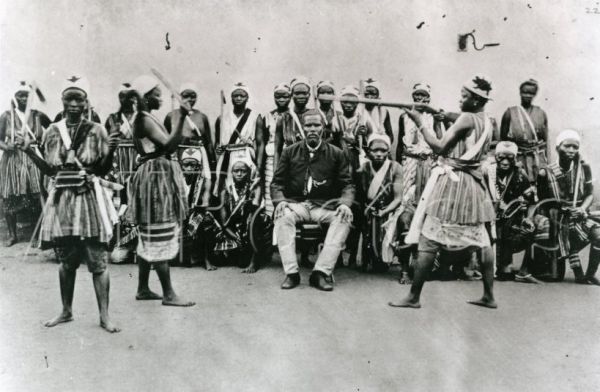 The new movie The Woman King opens this weekend in the US. It stars Viola Davis as General Nanisca, the leader of the Agojie, an army of women in the West African kingdom of Dahomey. The film is set in 1820, when Dahomey was under the rule of King Ghezo, played by John Boyega. The fictionalized movie is inspired by real people and real events, but are amalgams in a condensed story.

The Agojie arose in the 17th century, when women were trained to become elephant hunters. The group was elevated to palace guards, and then warriors. They were considered third-tier wives of the king are were therefore prohibited from other relationships. Dahomey differed from surrounding countries in that they kept a standing army ready even when not at war. The Agojie served alongside male warriors until Dahomey was defeated by French colonial forces in the 19th century.

The movie concerns a battle with a historical enemy in which Nanisca and her troops fight to prevent people from falling into the slave trade, but the focus is primarily on one small part of Dahomey’s history. The historical Dahomey had many enemies and grew wealthy from the slave trade. Read the real story of the fierce and fearless Agojie at Smithsonian.