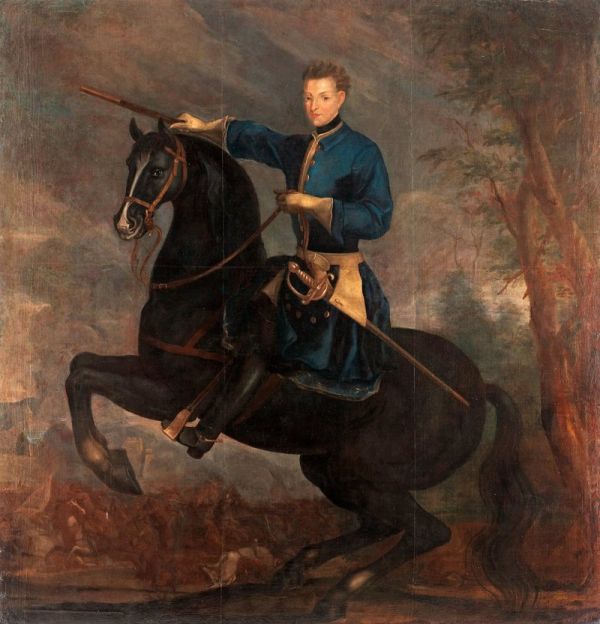 King Charles XII ascended to the Swedish throne at the age of 15 in 1705, and immediately set out to wage war against the world around him. He earned the nickname “the Swedish Meteor” when he conquered Denmark-Norway and Saxony-Poland-Lithuania in the 18th century.

The meteor, as it happened, fizzled. In 1708, Charles XII decided to make what is now considered a military misstep: invading Russia. After Russian forces destroyed his troops at the battle of Poltava in 1709, Charles fled to the Ottoman Empire, another enemy of Russia. Settling with 1,000 men in what is now Moldova, he spent five years shuttling around the Empire, including Constantinople. In 1710, he convinced Sultan Ahmed III to declare war on Russia.

Though Charles was champing at the bit to get back to Sweden, it’s said he and his men gained a taste for Ottoman Turk cuisine, such as sherbet and what’s now known as Turkish coffee. Voltaire even wrote that a Russian-paid assassin tried to slip poison in Charles’s coffee. While the Swedish government didn’t specify which recipe Charles XII liked so much, the king and his followers likely encountered köfte, the spiced lamb and beef meatballs of Turkish cuisine.

Having made several nations of enemies, Charles did not live a long life. Like a meteor, indeed. It was a while before his favorite meatball recipe slipped into the public eye and became Sweden’s pride and joy. Read how that happened at Gastro Obscura.