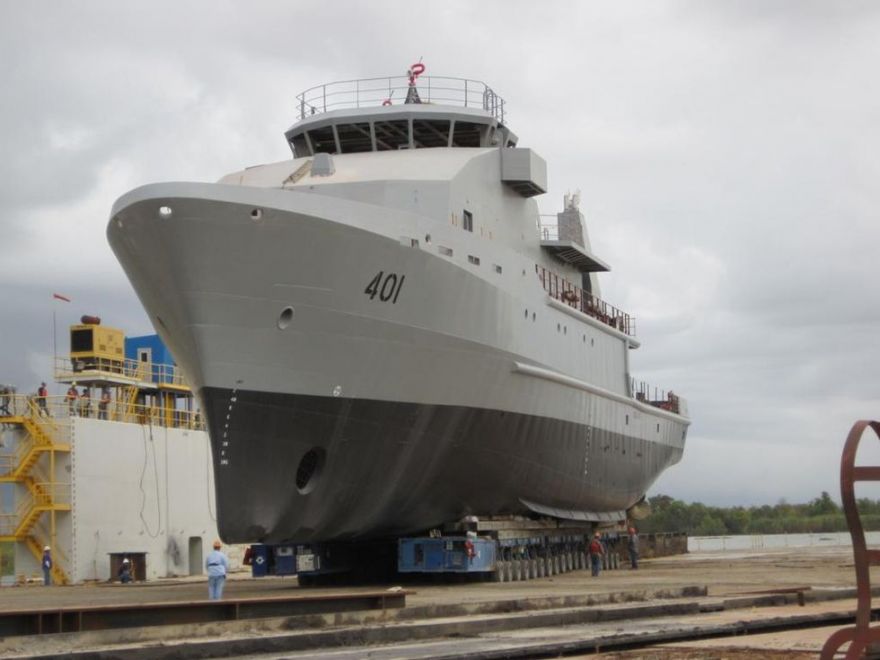 The U.S Navy wants ten Large Unmanned Surface Vehicle (LUSV) ships in five years, and so they are calling on the industry to present ideas for its ships. The ships will be scouts for the main battle fleet, carrying advanced radar and sonars or floating magazines and extra anti-air and cruise missiles.

Above all, the ships will do what proponents call the “3D work”: dull, dirty, and dangerous work.

The Draft Request for Proposal, posted on the FedBizOpps web site, states, “The LUSV will be a high-endurance, reconfigurable ship able to accommodate various payloads for unmanned missions to augment the Navy’s manned surface force. With a large payload capacity, the LUSV will be designed to conduct a variety of warfare operations independently or in conjunction with manned surface combatants. The LUSV will be capable of semi-autonomous or fully autonomous operation, with operators in-the-loop (controlling remotely) or on-the-loop (enabled through autonomy).

Head over at Popular Mechanics to know more about this news.