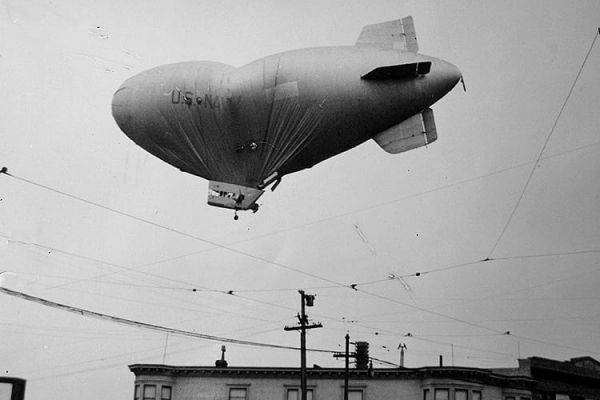 On August 16, 1942, Lieutenant Ernest DeWitt Cody and Ensign Charles Ellis Adams took off from an island in San Francisco Bay in a US Navy blimp. Their mission was simple: surveillance of the West Coast for signs of Japanese submarines. Their ship, designated the L-8, was a Goodyear blimp repurposed for the war effort. Five hours later, the L-8 crashed into a street in Daly City. There was no fire and minimal damage to the blimp, but there was no one on board. A Navy investigation found multiple witnesses who saw the blimp through its journey that day, so they could retrace its steps, but the witnesses gave unreliable and contradictory testimony about the crew. No trace of Cody and Adams was ever found.

Plenty of theories about what happened to the men were proposed, some more outlandish than others, yet none were confirmed. The L-8 went on to serve the Navy through the rest of the war, but became known as the ghost blimp. Read about the mystery of the L-8that still lingers 80 years later at Smithsonian. -via Strange Company