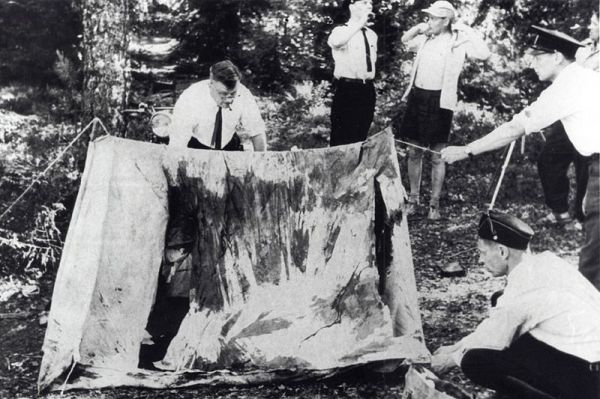 In June of 1960, four Finnish teenagers went camping at Lake Bodom in Espoo, Finland. They were Nils Wilhelm Gustafsson, Seppo Antero Boisman, and their girlfriends Anja Tuulikki Maki and Maila Irmeli Bjorklund. They all shared one tent.

The next morning, two boys hiking through the campgrounds on a bird-watching expedition noticed the tent from a distance. They weren’t close enough to see many details, but it was clear the tent had been torn and slashed. Nearby, a man with blond hair appeared to be walking away from the campsite.

The boys continued on, apparently thinking little of it. Later that morning, a local passed by the tent and was close enough to observe a shocking sight. Outside the tent lay Gustafsson and Bjorklund, bloodied and battered (by some accounts, Bjorklund was partly hidden inside the tent’s fabric). Authorities found Boisman and Maki inside, their bodies displaying knife gashes and injuries consistent with being bludgeoned. Bjorklund, Boisman, and Maki were dead. Only Gustafsson had survived whatever assault had taken place. When police asked him what had happened, he could say only that a shadowy figure dressed in black with bright red eyes appeared and viciously attacked the group.

Gustafsson survived his wounds, and later said he didn’t remember any details of that night. Who murdered the three teenagers? There have been quite a few suspects over the years, particularly when the case was reopened in 2004 with new DNA evidence, but no one was ever convicted of the crimes. Read the story of the Lake Bodom murders at Mental Floss.  -via Strange Company