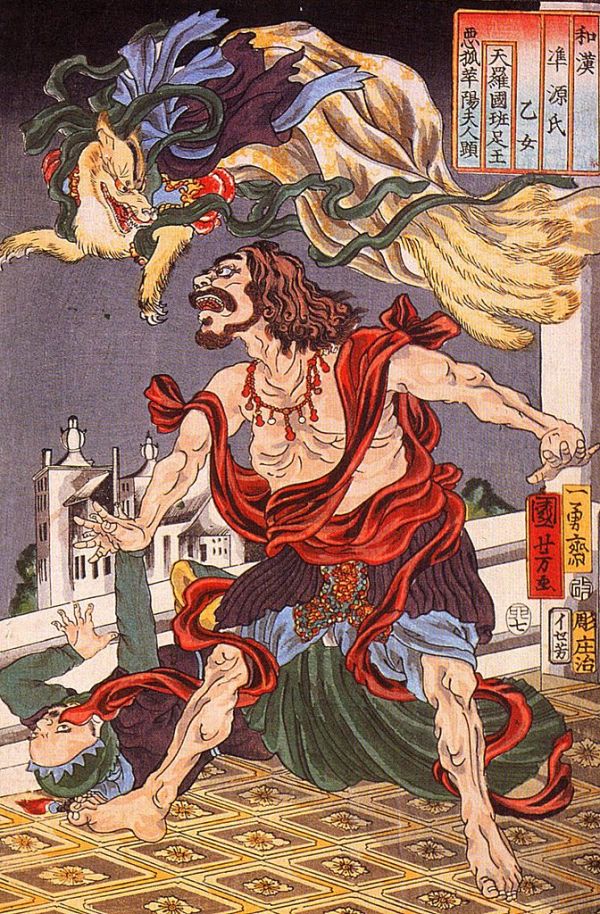 Brainstorming sessions are designed to be a way for people to throw out ideas, no matter how outlandish, in the hopes that some kernel within them can be adapted and modified into something useful. When it came to ideas on how to win World War II, those brainstorming sessions could get out of hand, and ideas that lacked the devil’s advocacy could actually go into production. One such idea from Ed Salinger of the Office of Strategic Services (OSS) proposed to harness the concept of kitsune, the folklore of shapeshifting trickster foxes, to scare the Japanese with a literal portent of doom. The whole idea rested on the assumption that Japanese people of the 1940s were superstitious and gullible enough to fall for it.

When it came to the question of how to create fake kitsune, the OSS dreamt up a gaggle of ideas. First, OSS personnel fashioned fox-shaped balloons to fly over Japanese villages and scare the citizens below. They also asked a whistle company to create an instrument that simulated fox sounds. In a memo to the OSS Planning Staff, Salinger said, “These whistles can be used in combat and a sufficient number of these should create an eerie sound of the kind calculated to meet the Japanese superstition.” In addition to the balloons and whistles, the OSS hired another company to create artificial fox odors. Salinger thought that Japanese citizens would somehow recognize this scent—just as he thought that they would recognize a rare fox sound—and cower in fear. But despite Salinger’s best efforts, the balloons, whistles, and odors were abandoned as impractical before being deployed. Instead, the OSS reverted to Salinger’s original plan: Catch live foxes in China and Australia, spray-paint them with glowing paint, and release them throughout Japanese villages.

What could possibly go wrong? When Operation Fantasia went into production, they found out. Read about the effort the US put into fabricating supernatural foxes at Smithsonian.