Scattered across India’s vast landscape of ancient architecture including temples, mosques, and palaces are an often overlooked relic of historic infrastructure called stepwells. These subterranean buildings, once numbered in the thousands, were originally dug into the landscape so residents could easily access water. Over time, stepwells grew increasingly elaborate in their construction, morphing from simple tunnels into fully functional Hindu temples with ornate columns, stairwells, and shrines. Each well now serves as a fading structural fingerprint, diverse and unique as the communities that designed and built them.

Chicago journalist Victoria Lautman first peeked over the edge of a stepwell some 30 years ago and was immediately transfixed at the idea of staring down into an architectural wonder as opposed to looking up. She has since dedicated much of her life to criss-crossing India over several years to locate and photograph as many wells as possible. We first mentioned Lautman’s discoveries back in 2015, after which she resumed trips to India to locate an additional 60 wells, bringing the grand total to over 200 sites she’s personally visited and documented.

“Descending into the earth is a profound experience, one in which sweltering heat turns to enveloping cool, and noises become hushed,” she writes about encountering the wells.

After centuries of neglect some stepwells are in perilous condition or have vanished altogether, while others have been thoughtfully maintained by surrounding communities or governments who recognize their significance and possess the will (and funding) to restore them. In an attempt to preserve their legacy, Lautman has gathered a visual tour of 75 of the more unique and interesting wells in a new book titled The Vanishing Stepwells of India. The book includes not only her original photography, but also her impressions about each well and the precise GPS coordinates of their locations.

It remains to be seen if the renewed interest in stepwells, as well as the accompanying tourist dollars, will drive the change to save them. “In the long-run,” Lautman tells Colossal, “I think the most helpful thing for stepwells is simply acknowledging their existence in history and guidebooks, through classes and specialized tours, and finally just seeing them up close, embedded in the landscape.” Another way to explore the wells is through the Atlas of Stepwells, a website where enthusiasts can share their own discoveries.

The Vanishing Stepwells of India is published by Merrell, and is available now in the US and UK. 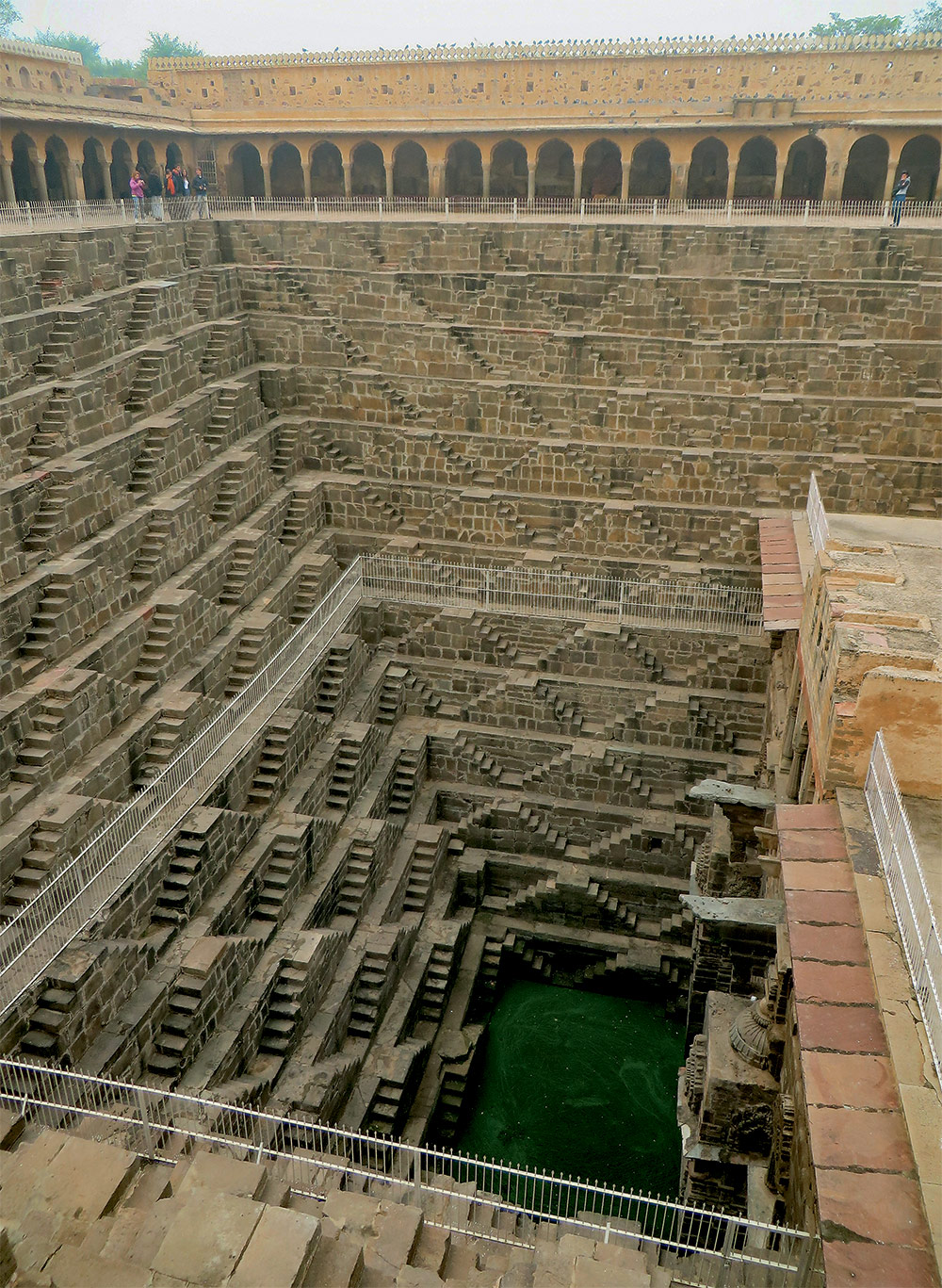