In the beginning of the 19th century, a large Welsh town called Newtown on the River Severn became the center of the woolen industry. Like other towns in the upper Severn Valley, Newtown’s population exploded within a short period, as mills jostled for a place by the riverside. Weavers paid extortionate rent to flannel manufacturers to live on the lower floors, the top floors being occupied by sophisticated machines such as the spinning jenny, that spun threads from wool in large open workshops. It was here in Newtown, in 1859, that Pryce Pryce-Jones opened his own draper shop. He named it the Royal Welsh Warehouse. Two years later, Pryce-Jones would build the world's first mail-order business. 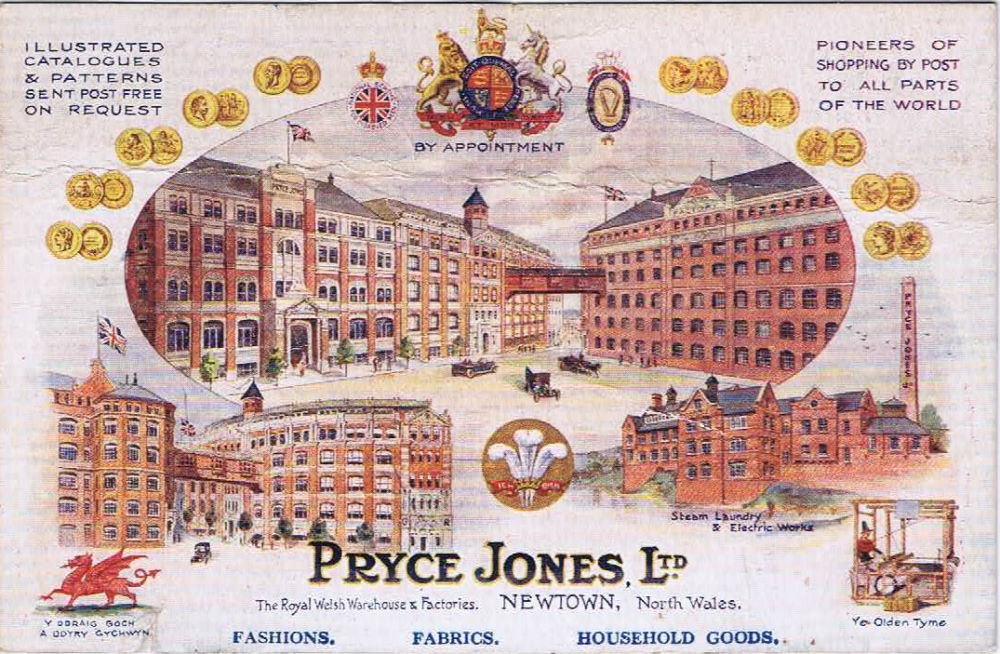