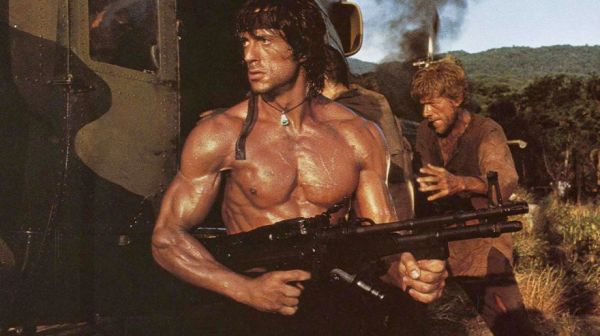 The fifth film featuring Sylvester Stallone as Vietnam vet John Rambo, Rambo: Last Blood, opened this weekend. The most successful of the franchise so far is Rambo: First Blood Part Two, the 1985 film in which Rambo returns to Vietname to rescue American POWs that were secretly held after the US pulled out of the country. More than 40 years later, there is no evidence that any POWs remain in Vietnam, but that doesn’t convince those who still believe. Where did that conspiracy theory begin? It began when support for the war faded among the American public.

As the many fictions necessary to sustain the war were exposed, Nixon and company needed a new approach — and a new lie. In a press conference on May 19, 1969, Defense Secretary Melvin Laird announced the existence of around 1,300 American soldiers now deemed “missing in action,” around half of whom were believed to be prisoners of war. The unaccounted for would now publically be described as “POW/MIA,” implying that any serviceperson missing in Vietnam could also be a prisoner of war. This transformed the war from a political issue into a humanitarian one, trading public support for sympathy. It didn’t matter why we were there in the first place: our boys were there, and by God were we going to do anything to get our boys home.

Suddenly, the public image of Vietnam looked very different. The very real footage of brutalized Vietnamese bodies, wailing children, and napalmed villages was traded for a fantasy — all of the violence that had been done in Uncle Sam’s name was now being done to him. The POW issue soon became a cause celebre.

That continued after the war, as many people were convinced that there were more prisoners being held after hundreds were released by the new Vietnamese government. After all, more than a thousand US troops are still unaccounted for (compared to more than 72,000 still listed as “missing” from World War II). Former Green Beret and Special Forces operative James Gordon “Bo” Gritz emerged as the leading proponents of the idea that POWS were still being held in Vietnam. In 1982, he actually led a raid on Laos to free those prisoners. Gritz’s adventure in Laos became the template for the second Rambo movie, Rambo: First Blood Part II, although the plot was changed to have a successful ending. Read about the POW/MIA myth and its consequences at the Outline. -via Digg