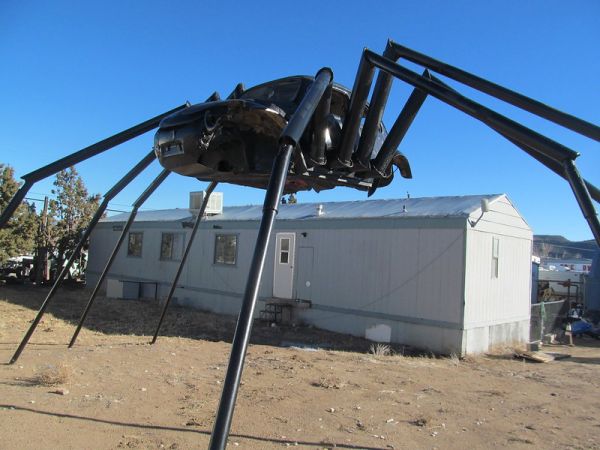 In 1978, Reno sculptor Dave Fambrough was inspired to use a Volkswagen Beetle in a metal rendering of a giant spider. He called it “The Volkswagen Beatle” for some reason. It stood 18 feet high and had legs made of irrigation pipes. Although he had planned to make a series of huge spider sculptures, Fambrough made only one other, and moved to Mexico in 2006, selling his “1928 Dodge Tarantula” on his way out. You can see pictures of a Fambrough’s Volkswagen Beatle, now restored as a “black widow” spider, at its 2015 installation at Scudder’s Performance in Sparks, Nevada. And it’s still there! Now if we could just find out who bought the Dodge Tarantula and where it ended up, I’ll be tickled. -via Nag on the Lake