The obvious needs to be said: other places around the world aren’t like where you grew up! Heck, your neighboring country or even the next town over might be very different in terms of culture, cuisine, and communication. That’s why we travel—to broaden our horizons, learn about how vast the world is, and discover new depths about ourselves as individuals… at least in theory.

Some people, however, use travel as an excuse to continue being exactly who they are, take selfies, behave like they never left home, and order cups of (non)coffee in historical European cities. Quelle horreur!

New York comedian Andy Haynes fired up a roaringly good thread over on Twitter about the experiences people from all over the world had while traveling. And a ton of the stories that social media users shared revolve around the one thing we all love best—food! The culture shock trying to order what they wanted was, well, shocking.

Scroll down for the funniest stories, upvote your fave ones, and be sure to drop by the comments to share your own tantalizing travel tales, dear Pandas! And, be honest, which of you ordered coffee with oat milk on your Eurotrip?

Bored Panda reached out to Andy via email, and we’ll update the article as soon as we hear back from him. 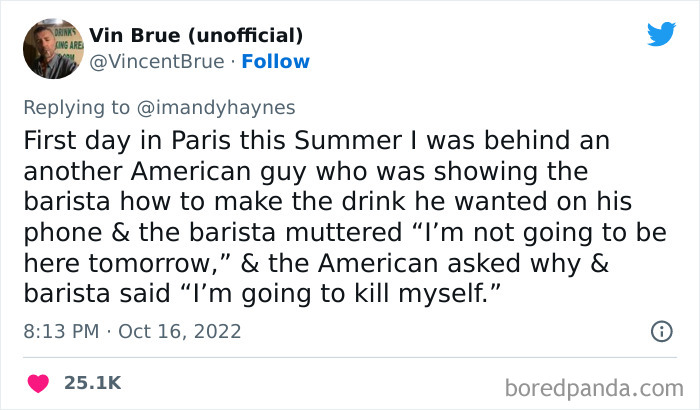 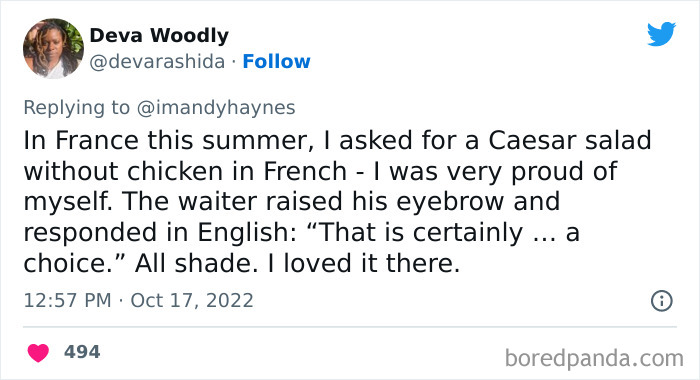 Stand-up comedian Andy’s thread got a jaw-dropping amount of attention online. He got over 203k likes. But the true beauty of his tweet about asking for an oat milk coffee in Paris was how much he inspired other travelers to open up about their own gastronomic and other experiences while abroad.

Andy focuses on doing stand-up professionally. He also has a podcast with his wife, called Find Your Beach. 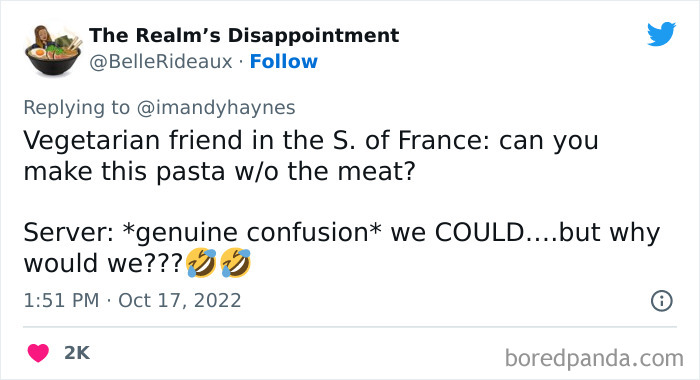 Us, personally? We live for travel. There is nothing like the thought of having a trip waiting for you in the near future to energize and motivate you. It doesn’t necessarily even have to be a flight to Paris, New York, or Tokyo, either. Sometimes even hopping on a train or driving for a couple of hours is enough to give you a completely different perspective on life. 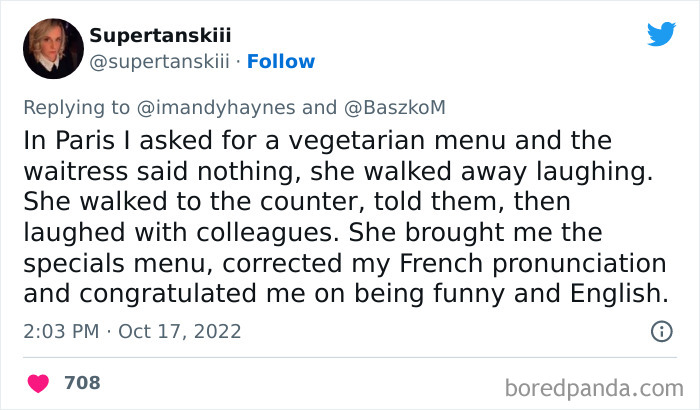 Life’s an adventure. Or, well, it’s supposed to be. But how many of us live it to the fullest? Or anything even close to resembling that? It takes quite a bit of energy and courage to step out of your comfort zone. Leaving your 9-5 and pile of unwashed dishes for a few days or weeks can be daunting. However, the result is very much worth it, we feel. Travel is good for the soul. 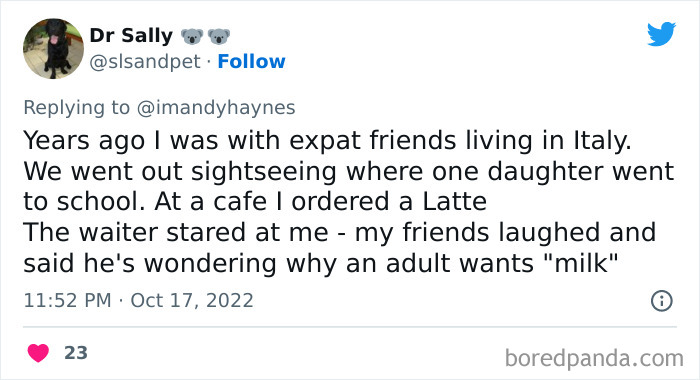 Taking the first step can be incredibly frightening. You don’t know what’s waiting for you on the other side! So it’s no surprise that some people cling to everything and anything that’s familiar: the language, behavior, food, and drinks that they’re used to. However, if you open yourself up to new experiences and go with the local flow, you’ll end up enriching yourself beyond taking a few selfies at popular tourist spots. 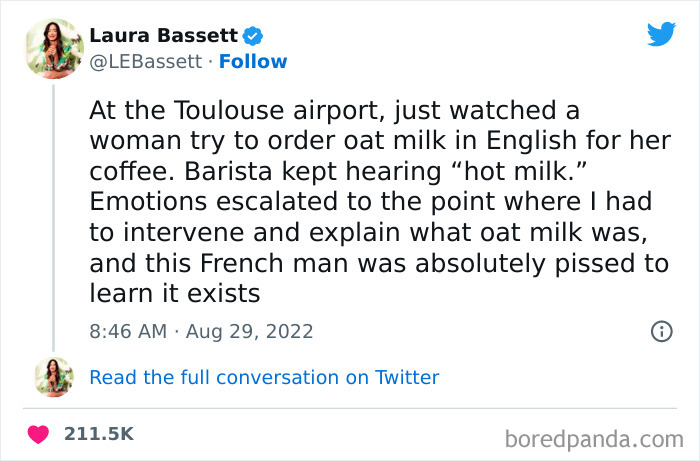 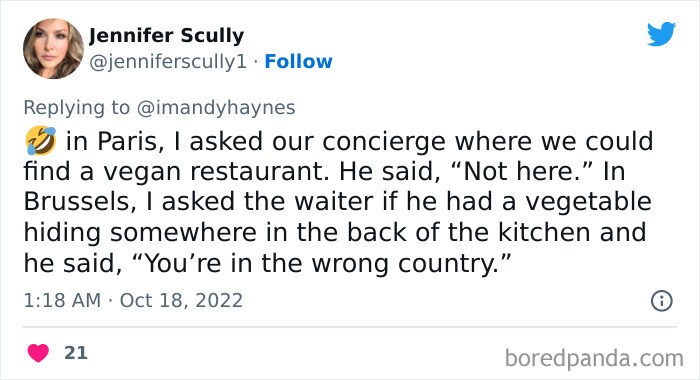 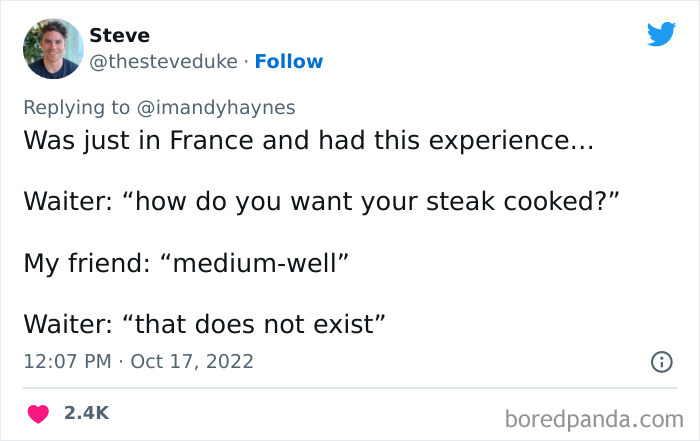 By being open to exploring the unfamiliar and unexpected, at the end of your trip you might find that you’ve made a ton of new friends with people whom you would otherwise never would have considered talking to. You’ll have visited places that might not even be in the tourist guides. And you’ll have tasted things that help you develop your palate. It’s fine to set aside your love of latte for a week and live like a local. 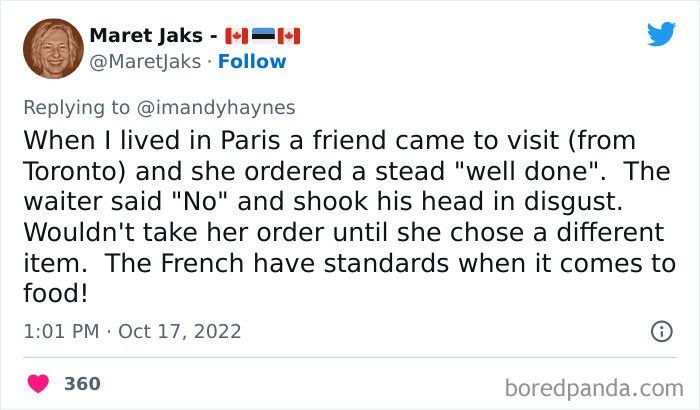 The mindset with which you head out on your journey matters a lot. Taking the time to learn a bit of the local language and customs can help improve your entire trip. Besides, the locals will probably be far friendlier when they realize that you’re not just any other tourist. 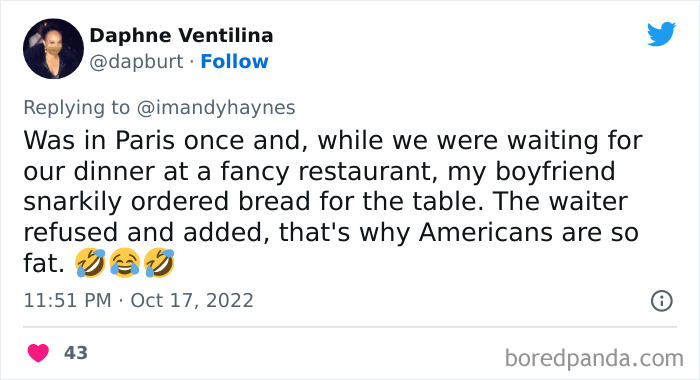 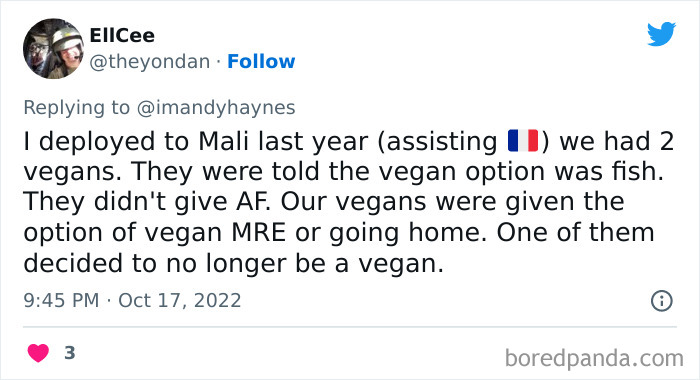 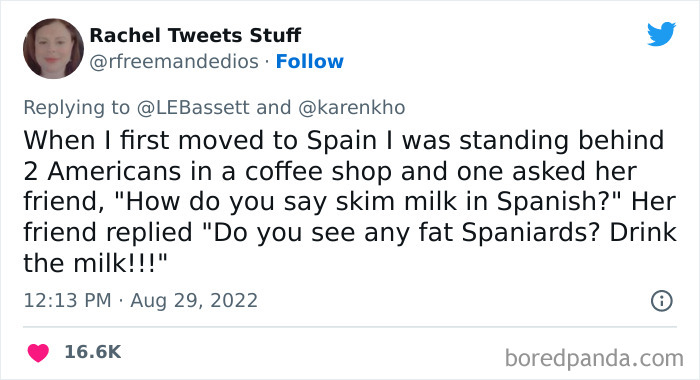 Previously, Professor Christine Vogt, the Director of the Center for Sustainable Tourism at Arizona State University, told Bored Panda that the more we prepare for the journey in terms of knowledge, the more of a positive impression we’ll leave with the locals.

“More than likely that [the local language and customs] is what draws a person to visit a certain place. The more local knowledge a traveler has, the more a traveler can feel like a local and fit in,” she told us some time ago. 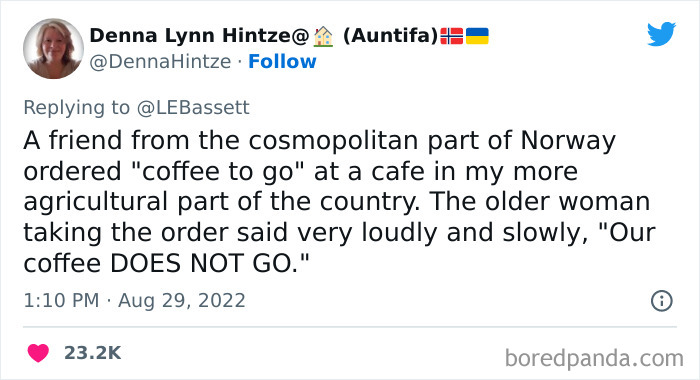 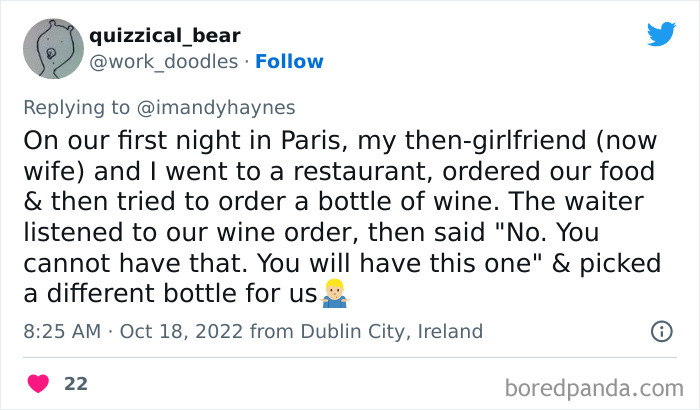 “Local customs can include how a traveler dresses, eats, uses a cell phone, etc. When a traveler is out in a community such as walking in a downtown area or eating in a restaurant, these local customs can come into play,” she explained. 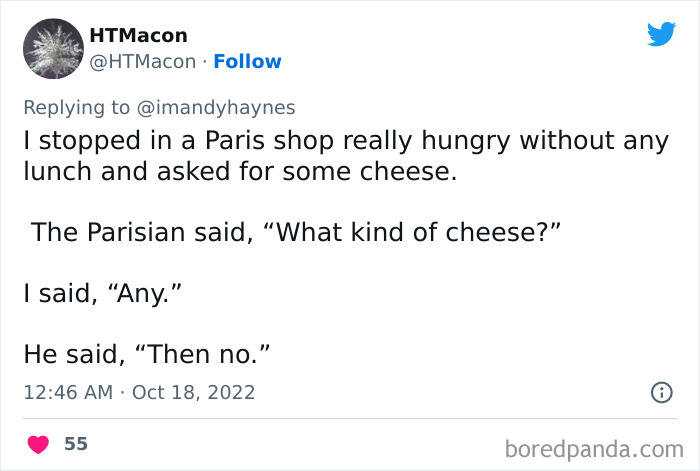 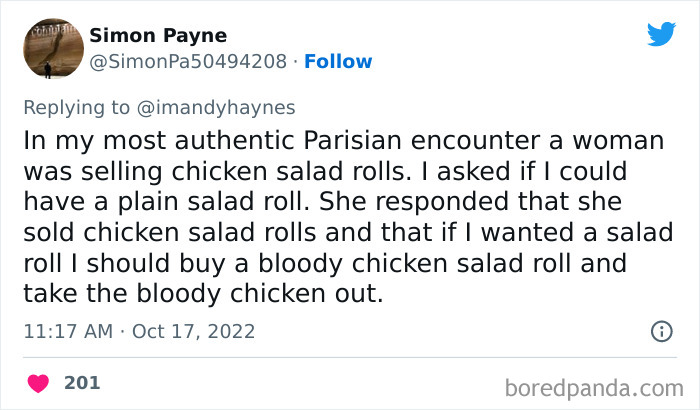 “For example, in Buddhist countries, a woman who has not covered her shoulders or legs may not be allowed into temples or even a restaurant. Learn as many local customs as you can and a few keywords to enhance your experience.” 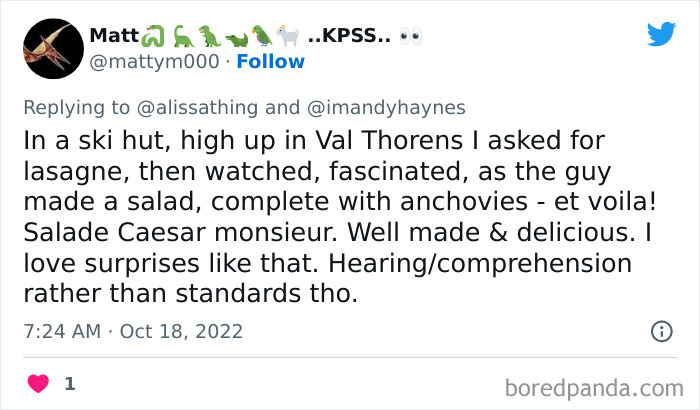 Tell us your funniest food ordering stories while you were traveling abroad, Pandas! Have you ever been in a situation like the people in this thread? Do you enjoy lattes and oat milk in your coffee? What city or country do you hope to visit soon? Share your thoughts, experiences, and future plans in the comments. 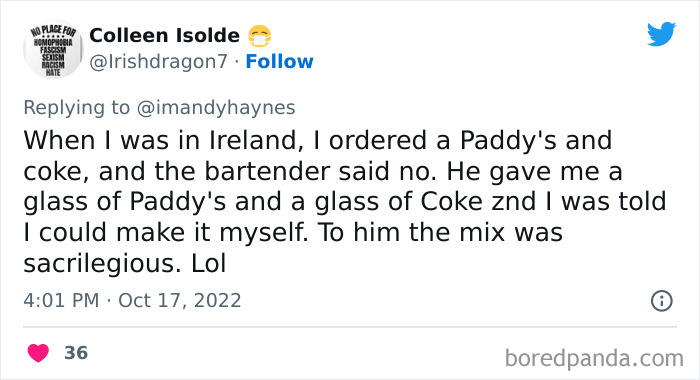 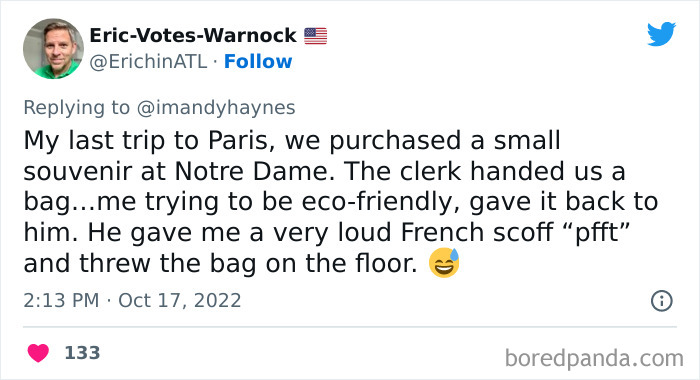 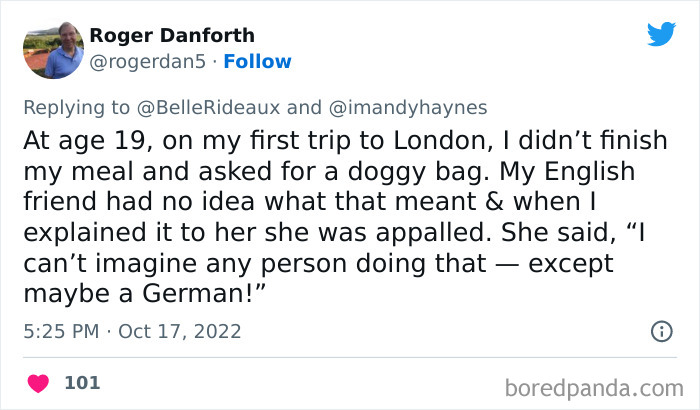