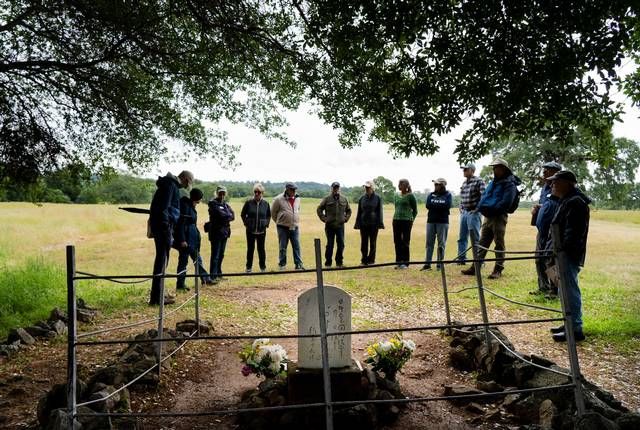 The first Japanese settlement in the United States was built on the Sierra foothills as a group of refugees sought to start a fresh new life, away from the strife and struggle of a country caught in a civil war.

With nowhere to go, the group of Japanese farmers, carpenters, and samurai decided to take a chance and went with a Prussian merchant who traveled to California’s Gold Country.

They came prepared, bringing 50,000 mulberry trees to feed silkworms, and 6 million tea seeds, according to a May 27, 1869 article in The Daily Alta California reporting their arrival in San Francisco.

While initially successful, the farm’s growth was choked by a drought that killed most of the crops, Tanimoto said. After just two years, the colony collapsed and its inhabitants dispersed, he said.

But some remained in the United States, helping carry on Wakamatsu’s legacy of ambition and multicultural roots.

One hundred and fifty years later, the Wakamatsu Farm will be celebrating its founding anniversary with a festival featuring events that show some traditional Japanese culture like a tea ceremony and taiko drum performances.