During the American Civil War, the Union Navy designed a class of warships called “Casco” that could submerge its hull at will to make the boat smaller and a harder target to hit. At least, that was the idea.

Until the middle of the 19th century, all ships, including warships, were made of wood. Steam-propelled, ironclad warships first saw action in the Battle of Hampton Roads, also known as the Battle of Ironclads. The Confederate fleet had one ironclad ram named Virginia, and on the Union side was the ironclad USS Monitor. While Virginia was built from the remnants of an under-construction steam frigate, the USS Monitor was built from grounds up and had a very unique design. The ship sat low in the water, with its deck barely above the water level rendering the warship nearly invisible. The deck was flush with the hull, and the only visible parts of the ship above the deck was the pilot-house and the revolving gun turret—another design innovation of the USS Monitor that eventually made its way into every modern battleship. 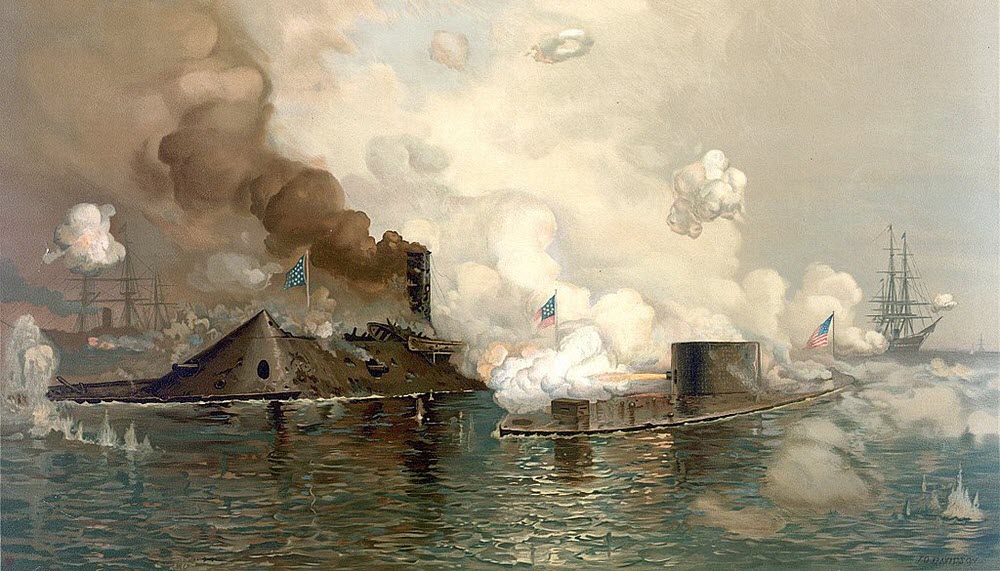 The first battle between the ironclads: CSS Virginia (left) and USS Monitor, during the Battle of Hampton Roads.