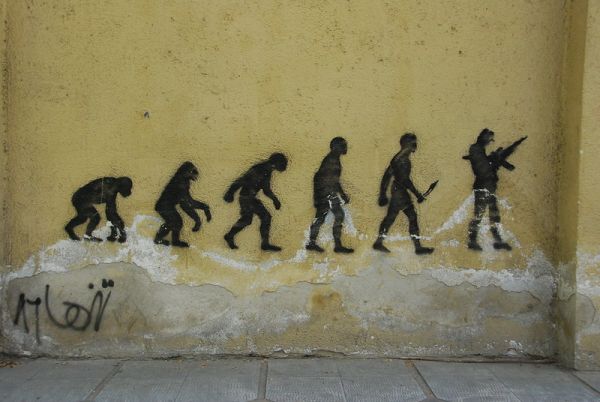 Somewhere between seven million and five million years ago, our distant ancestors started walking upright on two feet. This allowed them to do all kinds of things with their hands, like use tools and make fire, and they became hominins. In the classic illustration The March of Progress, we see a chimpanzee-like ape gradually turning in a modern human, walking more upright in each version. That gave us the idea that human evolution was progressive, but we now know that’s not true.

Millions of years ago, there were multiple species of early hominins, and they left very different footprints. They walked differently from each other, even in the same time periods, in the same places where they left evidence of their existence. We don’t know how or if they interacted, but we know that the different species were “trying out” different ways of walking bipedally. One study identifies at least five different shapes of hominin feet in a million-year period, from both footprints and fossils. They all had both human-like and apelike features, meaning they could walk and climb trees with them. Environmental pressures must have favored those who walked on two feet, but only one style of upright walking led to the much later homo sapiens. Read about the research that led us to learn the many walking styles of our ancestors at Scientific American. -via Damn Interesting