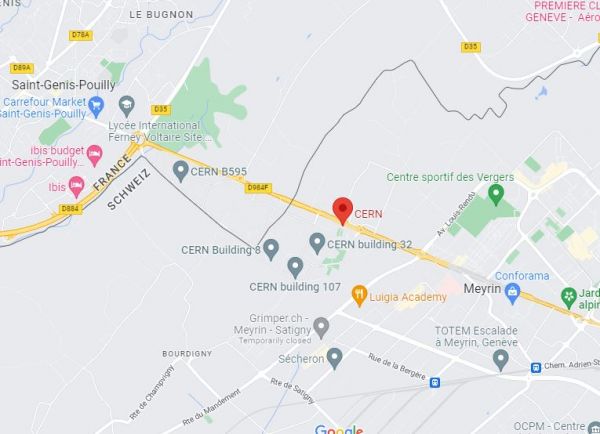 Tim Berners-Lee and his colleagues famously invented the World Wide Web in 1993 at CERN–the European Organization for Nuclear Research. CERN’s facilities are in Switzerland so it’s commonly said that the Internet was invented in Switzerland.

But that’s not quite correct. David Galbraith writes that CERN’s facilities actually cross the French border, but the main entrance is in Switzerland, which is why it is thought of as a Swiss location. But Building 31 of the scientific research complex–where Tim Berners-Lee actually worked–is actually a few feet across the French border.

There’s a commemorative plaque at CERN noting the invention of the internet. The plaque, though, is in Switzerland, which contributes to the popular confusion about this French invention.