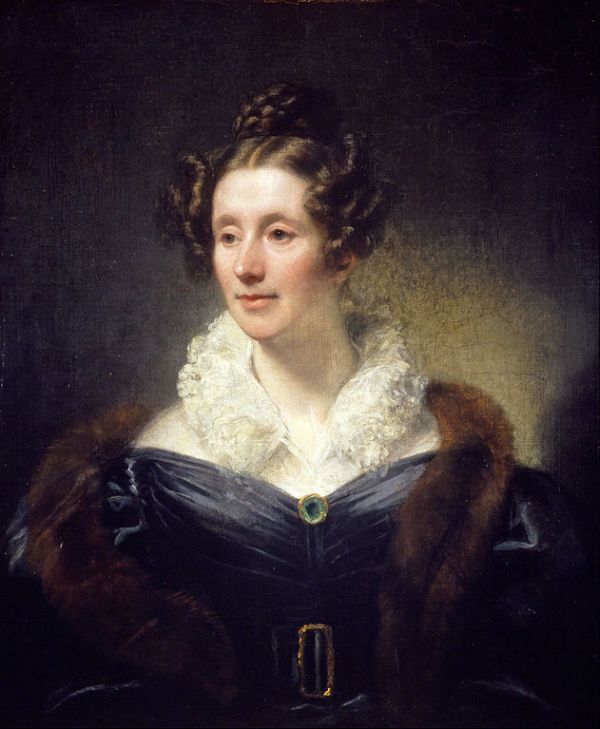 Did you know that the word “scientist” didn’t exist before 1834? At the time, the term used was “man of science,” and that couldn’t apply to Mary Somerville, who was a woman. “Mathematician” didn’t quite work, either, although she was a mathematician and for a long time taught mathematics to children, along with her studies and raising her own four children. Somerville was brilliant in so many scientific subjects that the word “scientist” was coined to describe her.

Somerville was born in 1780, a time when women weren’t given much of an education. She was schooled in art and music, but her parents objected to her fascination with Euclid, which they thought would drive her insane. It did not, and she taught herself higher mathematics. In 1834, she published a book called On the Connexion of the Physical Sciences, which described how astronomy, mathematics, physics, geology, and chemistry fit together to explain the world around us. It wasn’t her first impressive science book, but it cemented her status as a “scientist.” Read the short version of Mary Somerville’s amazing life at the Marginalian. -via Damn Interesting

The Art That Inspired Joan Didion Goes to Auction

A Museum Sees its Collection Through a Queer Lens

The Artist Who Painted the Struggles We Face

When TV News Anchors Have a Baby

Filled with Light, An A-Frame House Designed by Naturvillan Functions Entirely Off the Grid

At Durat You’ll Find 1,000 Vibrant Colors of Surface Materials to Re-Imagine Your Space