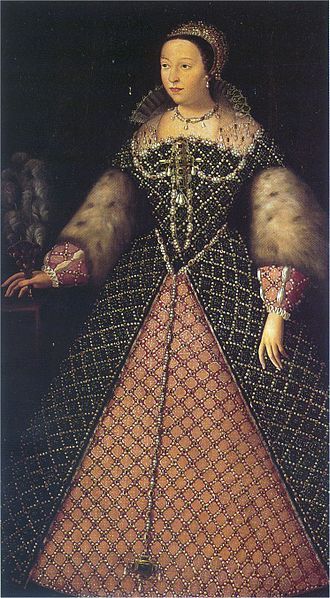 Chess is now seen today as a game that you play either casually or competitively. But in early modern Europe, chess was seen as something beyond just a game. In her journal article published at JSTOR, historian Susan Broomhall writes that the game “provided important political training about statecraft, social hierarchies, and warfare.” Women with political ambition, such as Anne of Brittany and Margaret of Austria, saw chess as an activity where they could show their political abilities. Along with the figures mentioned before is Catherine de Medici’, an Italian noblewoman who became the queen consort of France decades after Anne. Not only did she use chess and other recreational activities to prove her abilities; she also used it to elevate the status of women.

Catherine was good at the game. According to one report, Paolo Boi, known as one of the greatest chess players in the sixteenth century, expressed a desire to play against her. But her aim with chess wasn’t just proving her strategic skill. She promoted the playing of all kinds of games in the royal court. In a letter to her son Charles IX, she wrote, “I heard it said by the king, your grandfather, that two things were needed to live in peace with the French and have them love their king: to keep them happy and to keep them busy at something.”

Broomhall writes that another part of her strategy had to do with the status of women within the court. She had appointed noblewomen to a number of prominent positions, prompting some critics to dismiss the powerful women as the queen’s “stable of whores.” Game playing let women interact with men in a context where their social status outside the game was moot (at least theoretically) and their ability could shine.

“The complex intellectual and orderly strategic movements of chess offered a controlled and rational form of courtly play for women in a mixed-sex environment,” Broomhall writes.