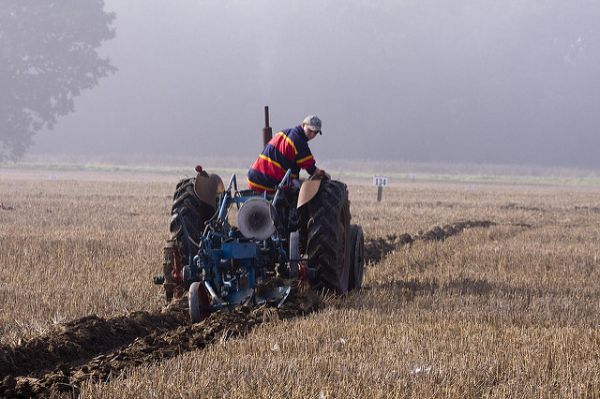 You might never have heard of the World Ploughing Championships, but the farmers who take part in the competitions are serious about their sport, which require training, skill, practice, and dedication.

Competitive ploughing is unquestionably a sport, in that it’s an organised physical activity with a governing body and strict rules, but it’s fair to say that the physique of a world-class ploughman doesn’t immediately call to mind a Novak Djokovic or a Cristiano Ronaldo. Ploughing – after sufficient immersion – can quietly thrill in its display of precision and technique, but it is not a pastime that requires fitness or even a healthy BMI. One recent winner of the annual British Ploughing Championship was 82 years old. Boyles has the build of a retired scrum-half; Chappell wears glasses and has a heavy limp – he lost his left leg to a sugar-beet harvester at the age of 17. (In what has become Chappell family lore, he hopped back to his tractor and drove to the farm for help, blood seeping from his stump, his severed leg still in the harvester.)

The following day, Chappell and Boyles would mount their tractors, ploughs rigged to the back, and spend four hours inverting the soil on a plot of land to create a sequence of furrows, burying the old crop and making a seed bed for the new. Nothing would happen very quickly, the event closer to test cricket than a sprint. But, if ploughing somehow lacks as a sport in terms of speed or jeopardy, it also exceeds other sports’ parameters. Like archery, say, it’s an ancient skill, but where archery has lapsed into hobby, ploughing remains a real-life job, one that has been performed for millennia. It’s the oldest profession in the world – second oldest, ploughmen like to say, if you count prostitution.