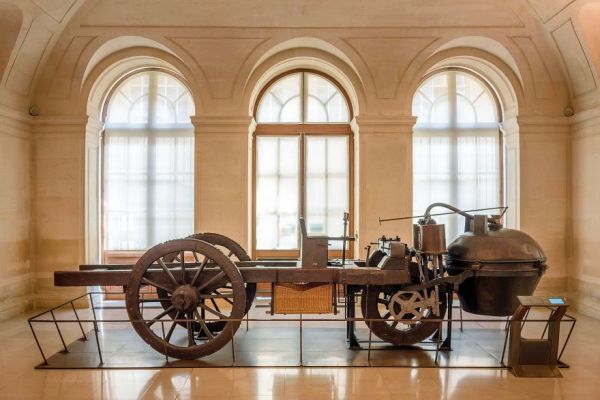 The history of automobiles is somewhat murky, not because we don’t have records, but because we can’t quite settle on a consistent definition of an automobile. You may have read that the world’s first production automobile was patented in 1885, yet there were many pioneers in the field before that. Getting a machine to push a load that wasn’t attached to anything else goes back much further.

French inventor Nicolas-Joseph Cugnot built a steam-powered wagon for the French Army to haul cannons in 1770. His fardier à vapeur, as he named it, was self-contained, steerable, and ridable. That pretty much fills the bill for an automobile, yet Cugnot’s design had drawbacks that meant it would never go into production. It was not practical or useful enough to replace horse-drawn wagons.

Cugnot deserves a page in history for his invention, but he also has the title of the first driver in an automobile accident as he drove his fardier à vapeur into a wall. There’s even a woodcut illustrating the momentous event. Read about Cugnot’s steam-powered wagon at Amusing Planet.