On December 26, 1783, a crowd gathered outside the observatory in Montpellier, a French city near the south coast on the Mediterranean Sea. They were about to witness the world’s first successful jump in a parachute.

The observatory was housed inside a tall mediaeval tower known as “Tour de la Babotte”. It is one of only two towers that survive from a time when Montpellier was encircled by ramparts. The tower is some 26 meters tall, and for a while it had been used as an observatory to study celestial phenomenon such as eclipses. But that December afternoon, the tower was being used for an entirely earthly purpose. 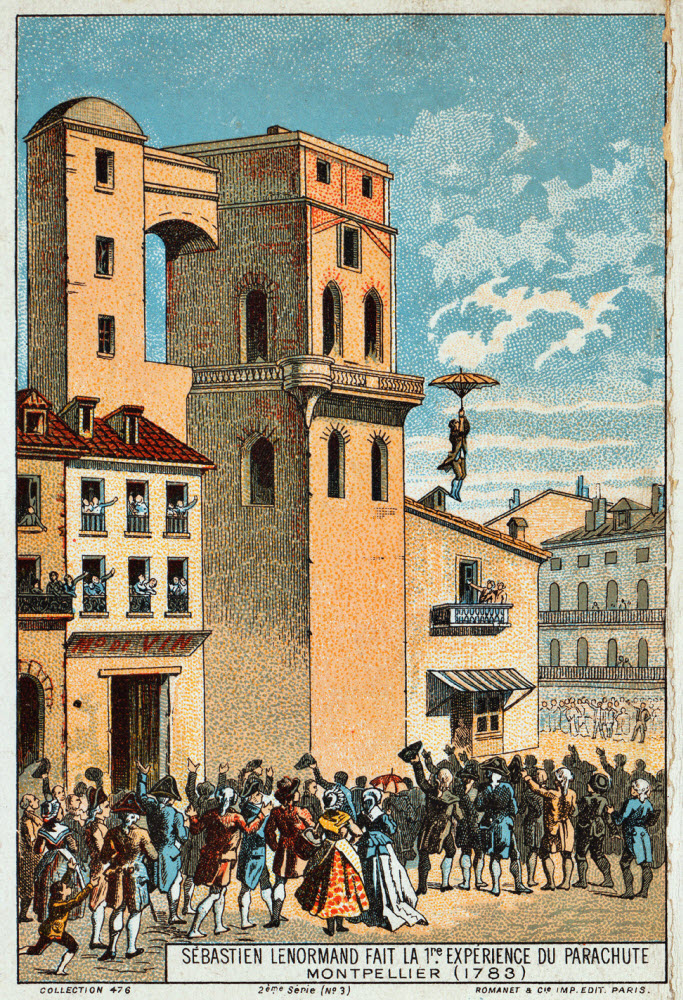