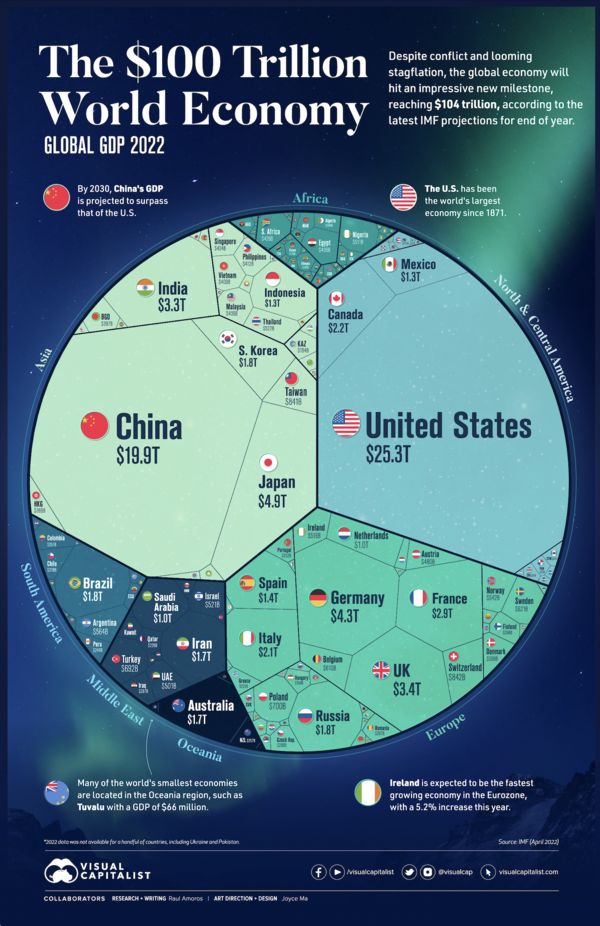 The global economy is projected to hit $100 trillion by the end of this year. The United States is the world’s fourth largest country by area, and the third largest by population (we surpassed Indonesia), but when it comes to money, the US is where it’s at. However, China is expected to move to #1 by 2030. This chart shows us the relative share among nations, grouped by continent. They could have made a pie chart, but some of the slices would be too small to identify. The US has the biggest chunk, followed by China, Japan, and Germany. The “nations” for this visualization are divided up into 191 entities (the UN lists 195), which can be argued over. For example, Puerto Rico is listed, even though it is part of the United States. The data comes from the International Monetary Fund’s April 2022 report.

You can see a larger (and enlargeable) chart at Visual Capitalist, where you’ll also find charts listing the top 50 and bottom 50 economies in the world. -via Digg