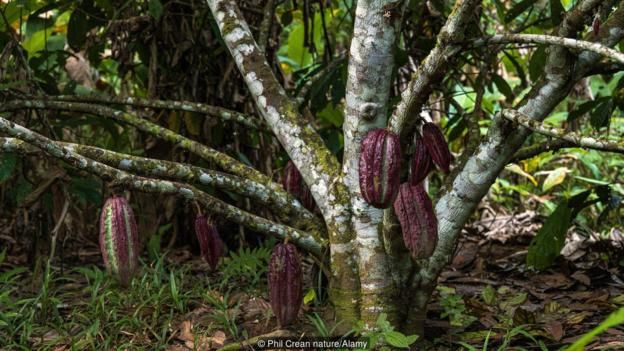 In 2007, two Americans, Dan Pearson and his stepson Brian Horsley, were supplying gear and food to mining companies around the Marañón Canyon in northern Peru near the Ecuador border when they happened upon a strange-looking tree that had football-sized pods growing out of its trunk. Perplexed and unsure what they were looking at, Pearson and Horsley sent several samples to the United States Department of Agriculture (USDA) to get some answers. To everyone’s amazement, the samples were confirmed to belong to the Pure Nacional tree.