Of all the lighthouses in the world, none was built further from the body of water it lit than the one on top of Bidston Hill, on the Irish Sea coast in England. This hundred-acre hill of heathland and woodland on the Wirral Peninsula is one of the highest points on the Wirral, visible for miles around, especially from the sea.

The first pair of lighthouses went up in 1763 to guide ships through the shallow sandbanks on the mouth of the estuaries of River Dee and River Mersey as they approached the Port of Liverpool. When one of the lower light collapsed a few years later, it was replaced by a new lighthouse further inland on Bidston Hill, almost four kilometers from the sea. The upper light at Leasowe then became the lower light. These two light are also located 3.7 kilometers apart, making them the furthest apart of any pair of leading lights in the world. 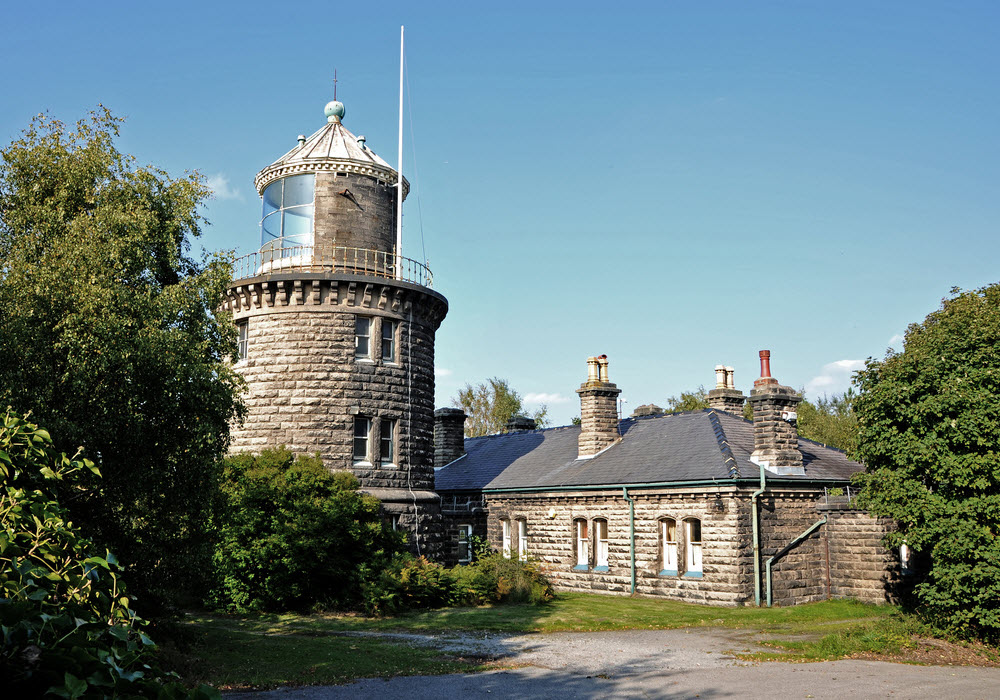