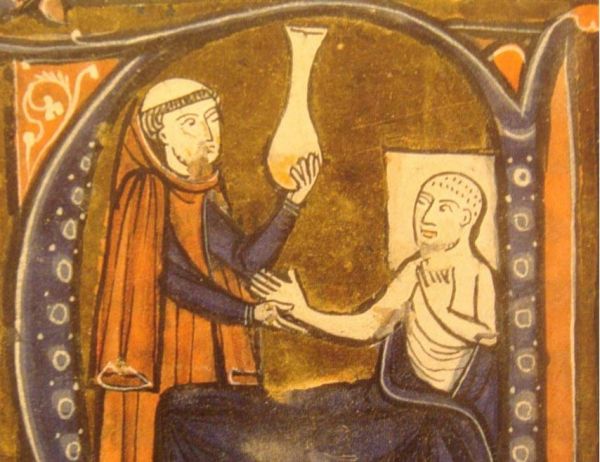 The Officina Profumo-Farmaceutica di Santa Maria Novella, or in English, the Perfume and Pharmaceutical Officine of Santa Maria Novella in Florance, Italy, is the oldest pharmacy still in business. It was established by the monks of the city who were growing and experimenting with medicinal herbs in the 13th century. One grateful and wealthy patient built them a chapel which became their laboratory for making medicines. In 1612, it opened to the public to sell concoctions like Seven Thieves Vinegar to ward off plague, ladybug liqueur, and the world’s first alcohol-base perfumes.

The apothecary is still open to the public, but it’s also a museum because it has changed little since the 16th century. You can still buy  Seven Thieves Vinegar under the name Aceto Aromatico. The pharmacy has other locations, too, and even a website to sell their products. Read a short history of the Santa Maria Novella pharmacy at Messy Nessy Chic.